‘He manipulated the system:’ Disgraced ex-mountie convicted of stealing cocaine from evidence locker 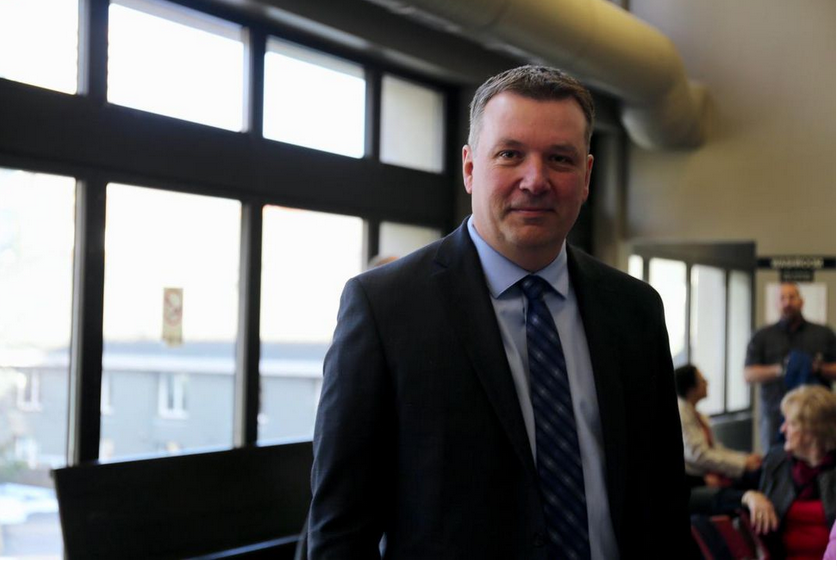 HALIFAX—A former Halifax-area RCMP officer convicted of seven charges in relation to stealing cocaine from a police evidence locker put his head into his hands after being found guilty on Friday.

Craig Robert Burnett, 51, was found guilty of theft of cocaine, trafficking of cocaine, laundering proceeds of a crime, fabrication of evidence, obstruction of an officer in the execution of duty and breach of trust.

The guilty verdicts were handed down by Justice James Chipman before a packed courtroom, which included many supporters of Burnett, a former constable who is now retired from the force.

"Rather than acting according to the core values of the RCMP, he behaved dishonestly when he manipulated the system to covertly steal approximately 10 kilograms of cocaine," Chipman said in delivering his decision on Friday morning.

Burnett had a lot of support from both family and friends during the 21-day trial. Many seemed shocked Friday to hear the guilty verdicts against him on all charges.

Several members of Burnett's family began shaking and wiping tears when the guilty verdicts were delivered. After putting his head into his hands, Burnett later embraced several family members, his daughter included, over the barrier between the benches and lawyer tables.

Burnett and his family left court Friday without giving comment to the media. He has been released on bail until his sentencing on July 4.

"He's distressed, not only for him, but for his family," Defense lawyer David Bright told reporters afterwards

When asked if his client was now facing a lengthy jail sentence, Bright said: "I would think so."

The Crown's case against the former police officer relied on testimony from Scott Rowlings, a longtime friend of Burnett's, and Michael Kanasevich, a mutual friend of the two. Rowlings and Kanasevich testified that Burnett had supplied 10 kilograms of cocaine that had been stolen from an RCMP storage locker between 2010 and 2011. Burnett then provided the cocaine to Rowlings, who then gave it to Kanasevich to sell.

Kanasevich first made allegations of Burnett's theft to RCMP in 2014. The two, and Rowlings, had been part of a marijuana start-up known as CannSource. The business deal had gone bad, and Kanasevich had felt ripped off, court had heard.

Both Burnett and Rowlings were put under investigation in an operation known as Operation Handshake. Rowlings was later given immunity in exchange for testifying against Burnett, while Kanasevich was paid more than $150,000 for his testimony, the judge noted in his decision.

Burnett was a superior officer at Halifax's National Port Enforcement Team at the time of the theft. The court heard the stolen cocaine came from a seizure of 201 kilograms of the drug. The court heard that Burnett's position gave him access to evidence lockers.

The Crown also provided expert testimony on Burnett's finances. Prior to the theft of the cocaine, Burnett had separated from his wife and, according to the trial, was in a dismal financial situation. Based on the testimony, Chipman said in his decision that he found Burnett's finances improved considerably in 2011 — he bought a $17 000 motorcycle and no longer complained about his finances. Chipman found that Burnett's claim of saving up part of the money and getting the rest in a loan from Rowling's was false, and that the motorcycle was purchased with proceeds of crime.

"It was a very difficult and lengthy case," Crown prosecutor Glenn Scheuer told reporters afterwards. "We were always confident in the case."

The defence hasn't decided whether it will appeal Friday's verdict.

‘He manipulated the system:’ Disgraced ex-mountie convicted of stealing cocaine from evidence locker | The Star