Parabon used a technology to create a drawing of the alleged suspect based on his DNA. 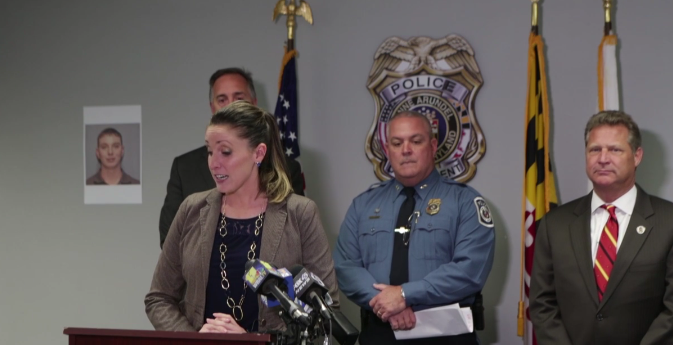 Michael Temple died in 2015, five years after he was shot during a home invasion, police said.

His death was determined to be a homicide, resulting from the injuries sustained from the shooting.

And it was DNA that finally turned the case and led to an arrest Thursday.

Police utilized the services of Parabon NanoLabs to aid their work.

At first, Parabon used a technology to create a drawing of the alleged suspect based on his DNA.

Police used the composite drawing along with an announcement of a $10,000 reward in the case to ask the public's help. But no leads were generated.

"They ran the DNA through the (genetic genealogy) database they use," county police spokesman Sgt. Jacklyn Davis said at a press conference Friday. "They called us back and said we believe your suspect is Frederick Frampton Jr."

Detectives conducted covert surveillance on the suspect and were able to collect DNA samples. Those samples were sent to the county police DNA lab and proved a match to the crime scene DNA from 2010.

"It sounds like a simple process, but it is not," said Deputy William Krampf at the news event. "It took the professionalism of Anne Arundel County police officers, and their determination to close this eight-year-old case."

On Wednesday police obtained an arrest warrant for Frampton charging him with the murder of Temple. On Thursday, officers arrested him.

They were also able to determine the identity of the second assailant, Jonathan Ludwig. But Ludwig died in March as a result of undetermined drug intoxication from heroin, cocaine or both, according to the Maryland Office of the Chief Medical Examiner.

Frampton is charged with first- and second-degree murder, along with a handful of assault, weapons and burglary charges.

He is being held without bond pending further judicial proceedings, police said.

County Executive Steve Schuh and State's Attorney Wes Adams attended the press conference to praise the work of the police in this case and laud the Parabon NanoLabs contribution.

"This case is absolutely incredible. It's right out of 'Forensic Files' on television," Schuh said.