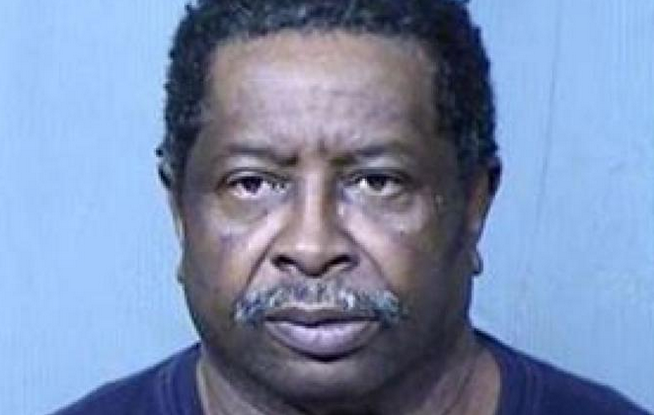 An Arizona man has been arrested on murder and sexual assault charges more than four decades after police discovered the two victims in the back of a pick-up truck.

Glenn Williams, now 62, was the original suspect in 1978, when Phoenix officers discovered the badly beaten body of 23-year-old Fernando Calleros lying in the bed of a truck. A woman who had been severely beaten and sexually assaulted was also in the truck, police said. She survived.

Williams, who lived and worked nearby, was arrested a year later in the case, when fingerprints linked him to the scene, authorities said. He was later released after prosecutors said they lacked enough evidence to take him to trial.

Williams was 21 at the time and denied involvement in the crimes.

The Phoenix Police Department's cold case unit began re-examining the attacks in 2019, according to spokesman Sgt. Tommy Thompson. All evidence related to the crimes had been preserved by detectives and was stored in the department's property room, he said.

"Those detectives did a great job obtaining, and packaging, and maintaining it . The scientists were able to use the evidence, test it with today's technology, and it identified Williams as the suspect in this brutal attack," he said in a statement.

Advanced forensic testing such as DNA analysis was not available at the time of the murder and the sexual assault.

Williams is being held in lieu of $1 million bail. His first court appearance is scheduled for Thursday. He has not yet entered a plea.

An Arizona man has been arrested on murder and sexual assault charges more than four decades after police discovered the two victims in the back of a pick-up truck.Glenn Williams,
https://www.kmov.com/arizona-man-originally-suspected-in-1978-cold-case-murder-and-sexual-assault-arrested-42-years/article_4a3c3302-3cf8-570b-a44f-27a62efac501.html
Tweet
How do you feel about this post?
Happy (0)
Love (0)
Surprised (0)
Sad (0)
Angry (0)
Tags:
cold case murder West Coast
SI 'bishop' arrested for 1980 cold-case murder of ...
DNA Breakthrough Identifies Suspect in Cold Case M...