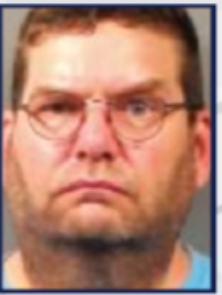 Robert White was booked for Distribution of Cocaine, Felony Official Misconduct, 2 counts of Felony Theft, 3 counts of Misdemeanor or Theft, and 10 counts of Possession with Intent.

The Sedgwick County Sheriff's Office reports an ongoing criminal investigation following the theft of cash, drugs, power tools, and guns from a Property and Evidence area in a "major breach" going back months.

In a news conference Friday, Sheriff Jeff Easter says "(the) ongoing criminal investigation was initiated and began on Feb. 26, 2020.

Both civilian employees (the supervisor and the tech) were released from the sheriff's office, Easter says. He says they are suspects in the crimes.

The sheriff says about $145,0000 is missing, as well as several guns, drugs and power tools. Of seven guns taken, Easter says one was recovered.

Sedgwick County District Attorney Marc Bennett says the crimes could impact open cases, about 30 of which have already been dismissed due to the theft of evidence.

Get the latest updates from kwch.com delivered to your browser

The Sedgwick County Sheriff's Office has arrested the former Property and Evidence Supervisor on several charges connected to cash, drugs stolen from Sedgwick County Sheriff's Office Property and Evidence.
https://www.kwch.com/content/news/Guns-145000-cash-drugs-stolen-from-Sedgwick-County-Sheriffs-Office-Property-and-Evidence-570876741.html
Tweet
How do you feel about this post?
Happy (0)
Love (0)
Surprised (0)
Sad (0)
Angry (0)
Tags:
Property Evidence Officer arrestsed
NYC To Crack Down On Mystery Fireworks That Are Fr...
Washington state murder victim, 17, ID'd after nea...
Comment for this post has been locked by admin.