The Snohomish County Sheriff's Office has arrested a 77-year-old man in its oldest cold case — the 1972 murder of Jody Loomis. 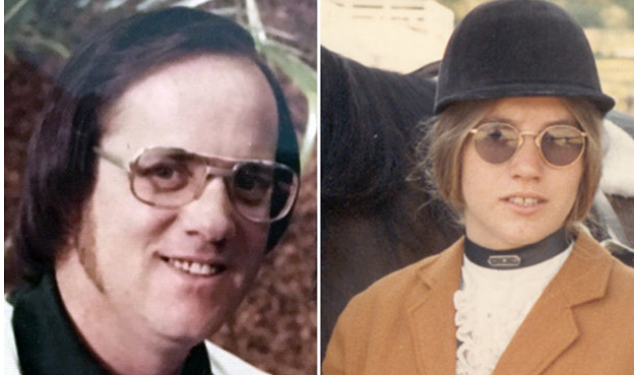 On August 23, 1972, Loomis, 20, was riding a bicycle from her Mill Creek-area home on Winesap Road to a pasture where her horse was boarded, but never made it to the field.

Detectives said later that day, two people found Loomis near death in a heavily wooded area east of the Bothell-Everett Highway, in what is now Mill Creek. She died on the way to the hospital.

Police said Loomis, who was found wearing only panties, socks and "waffle stomper" boots, was sexually assaulted and shot in the head.

In January 2008, the sheriff's office cold case unit sent a number of items to the Washington State Patrol crime lab for testing. Among those items were the boots Loomis had been wearing when she was murdered. The lab found sperm on one of her boots and a partial DNA profile was developed.

Eventually, Miller was identified as a suspect with the help of a lab and a genetic genealogist.

Authorities said the DNA data taken from crime scene evidence was uploaded to GEDmatch, a public genetic genealogy website, and several promising matches were found for a few of the suspect's family members.

After the genealogist identified parents of possible suspects by using a family tree, in August of 2018, undercover officers followed Miller to the Tulalip Casino and retrieved a coffee cup Miller had thrown into a garbage can as they watched, according to charging documents.

Police continued to periodically follow Miller and build the case before his arrest on Wednesday.

Miller is charged with first-degree premeditated murder and is being held in the Snohomish County Jail on $1 million bail.

Officers said so far, Miller has declined to speak about the crime. Detectives believe Miller was living in the Edmonds area at the time of the murder, about five miles from where Loomis' body was discovered. Police say the two did not know each other.

Loomis was featured when the sheriff's office cold case unit created its own deck of playing cards in 2009 that listed unsolved homicides and missing persons called "Cold Case Cards," and distributed them to inmates across the state in an effort to get tips.