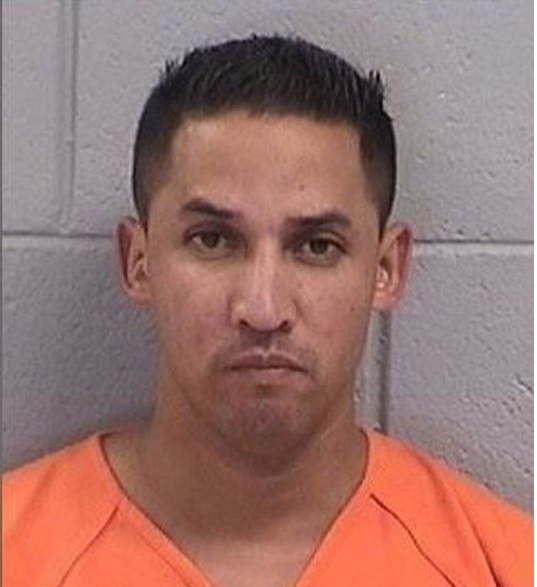 The juvenile female allegedly started receiving the messages following a June 15 traffic stop by Capehart during which he asked for personal information, including her date of birth, email address and phone number.

The suspect also allegedly took methamphetamine that had been seized during an undercover operation by the FBI on June 28 and left 5.7 grams of meth near a Bloomfield park bathroom for a confidential source, according to court documents.

Most of the 68 pending criminal cases in which Capehart is a witness are related to DWI charges, along with some drug- and traffic-related cases, O'Brien said.

Due to the nature of DWI cases — in which there often is only one officer involved in the traffic stop and arrest — O'Brien believes the DA's Office will be unsuccessful in prosecuting those cases.

The DA's Office is looking for cases in which another officer was involved or there is evidence such as video footage to prosecute cases affected by Capehart's arrest.

"I would imagine a large number of those cases will be dismissed," O'Brien said.

With Capehart in federal custody in a halfway house in Bernalillo County, the DA's Office is not able to transport him back and forth to San Juan County, even if prosecutors were willing to have him testify.

Attorney Steve Murphy of the Titus and Murphy Law Firm said law enforcement officials should be honorable and do the right thing. He added his firm is conducting a review of any cases Capehart was involved with to see if there are potential issues with clients who retained the law firm for pending criminal cases.

"I anticipate there will be cases dismissed," Murphy said.

The DA's Office faced a case similar situation when former Farmington Police Department evidence technician Ashley Goodvoyce was convicted in October 2014 of the theft of drugs and cash from the department's evidence room, O'Brien said.

She was sentenced to seven and a half years in prison, but Judge John Dean Jr. suspended the sentence, ordering Goodvoyce to serve five years of probation, according to The Daily Times archives.

At least four drug-related cases were dismissed due to the evidence tampering, according to The Daily Times archives.