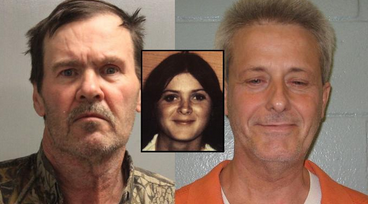 On November 5, 1980, the Rapides Parish Sheriff's Office received a complaint related to the discovery of skeletal remains near Highway 28 West, in the Gardener area. The complainant reported the remains were located in a wooded area near Nichols Cemetery Road.

The investigation was originally assigned to then-detective William E. Hilton. During his investigation, Hilton reviewed missing person reports from the Rapides Parish area, as well as the surrounding states. Representatives of Louisiana State University's Repository for Missing and Unidentified Persons, also known as "The FACES Lab" assisted with the investigation.

The Repository was able to establish the victim was a caucasian female between the ages of 16 and 21 at the time of her death. It was believed the victim's remains were exposed to the elements between approximately 2 months up to a year or more. The Repository also assisted with the documentation of the victim's DNA profile. FACES composed a reconstruction of the victim's skull, which provided investigators a likeness of the victim. A photograph of the reconstruction was later placed on the repository's website. Over the years it would be shared on many other websites, including social media.

As time progressed, the case became cold. It was reviewed by several detectives at the sheriff's office, but remained unsolved. In 2014, RPSO received information in reference to the case. Detectives were able to identify Leo Laird, 64, and Gary Joseph Haymon, 54, both of Oakdale, as suspects.

In July 2019, RPSO received information relating to the identity of the victim. With the assistance of the FACES and Louisiana State Police Crime Labs, DNA testing identified the victim as Donna Gayle Brazzell. Donna was about 18 years old at the time of her death and had been residing in the Alexandria/Pineville area. Sufficient probable cause was established, which resulted in warrants being granted for Laird's and Haymon's arrest for first degree murder, first degree rape and aggravated kidnapping.

News Channel 5 spoke with Rapides Parish Sheriff William Earl Hilton who said Brazzell was identified when a Pineville woman reported that FACES sketch resembled her granddaughter. DNA was then collected and compared to the remains, confirming Brazzell's identity.

"These cases never, ever leave a policeman's mind.," said Hilton. "They prey on you all the time. Especially cases like this that you never solve."

Detectives state their investigation is still ongoing and additional charges may be filed.