"It appeared that the fire was caused by an unknown standalone heat source, possibly a malfunctioning cellphone or other lithium type battery or possibly a chemical reaction," a detective wrote. 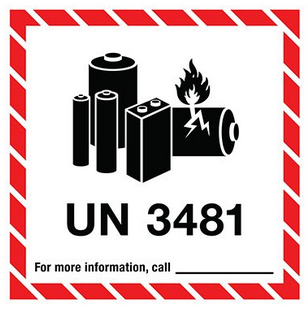 More than a year after fire ravaged a Kansas City Police Department evidence warehouse, destroying an unknown amount of material from shooting and sexual assault cases, police have found no cause for the blaze.

The investigation by bomb and arson investigators has been declared "inactive," according to police records. Investigators were unable to identify the cause of the August 2018 fire, but suggested as one possibility a malfunctioning cellphone or lithium battery.

Investigators wrote their conclusions in a report dated Oct. 29, just over two months after the fire.

"To date all investigative leads have been exhausted and there is insufficient evidence to identify a definitive cause of the fire," Detective Keith Steinbach wrote in his report. "Until such time that additional information is received, this case is being inactivated."

Meanwhile, it remains unclear how the loss of evidence may impact criminal cases that are still working through the courts.

Criminal defense attorneys said the fire could delay their cases from going to trial and jeopardize their clients' ability to access evidence to defend themselves.

Defense attorney Dan Ross said he has not been able to obtain from police and prosecutors a full accounting of the lost evidence.

"That is not transparency," Ross said. "Transparency by the state is required where physical evidence in felony prosecutions was destroyed or adversely effected."

"They should be on top of this and give us a list of everything damaged or destroyed," he said.

Police say they have not given up on the case.

Though inactivated — meaning investigators found nothing further they could do — the investigation is still considered open, police said.

Police reports describe the fire and the investigation.

The fire, reported about 12:40 Aug. 23, sent teams of firefighters to the Kansas City Municipal Services building at 5300 Municipal Ave.

They found columns of smoke pouring from the building.

Fire crews had trouble getting into the building at first. Firefighters cut a chain securing a gate blocking a garage door, but then found themselves unable to open it.

Gaining entry at another point, they removed the hinges from a door and forced it open. When crews opened another garage door, up to five inches of water spilled out. A firefighter noted a whiskey flask floating by.

Fire officials estimated 13 sprinkler heads were activated, which extinguished most of the flames. After firefighters put out the remaining hot spots, a survey of the damage could begin.

The building had been in use by the city since 1987. It was formerly a Kenworth truck plant.

A section of the building was modified for the police department. Other parts are used by the city for maintenance of large vehicles and radios. The area of the fire was secured from the rest of the building.

Investigators said they found no signs of foul play and no evidence that someone tried to break into the building. Smoke and fire activated the intrusion alarm, police said.

The recovery process after the fire could have been overwhelming, said Richard Meier, a fire and explosion investigator based in Florida.

Meier, who has not been to the building or seen the investigative reports, said older buildings often pose a challenge for investigators trying to determine what started a fire.

"It is not a big surprise. It is an old facility," he said. "Typically a case like this, it is an electrical fire given the fact that not a lot of activity going on in the building, especially late at night."

Eventually, investigators decided the fire started at one of the evidence storage racks: Rack 11. Also damaged were racks 9, 10, 13 and 14.

There was no electrical wiring near that point. An overhead light had been damaged by the fire, but a certified electrician who examined it found no evidence of defects or failures that could case a fire.

Ultimately, investigators offered their best guess: heat from a malfunctioning cellphone or other device might have started the blaze.

"It appeared that the fire was caused by an unknown standalone heat source, possibly a malfunctioning cellphone or other lithium type battery or possibly a chemical reaction," a detective wrote.

"It should be noted that this investigation is still continuing due to the sensitive nature of the involved facility and of the items damaged or destroyed by the fire and/or the fire suppression system," the detective wrote.

The police department has since moved the property and evidence to another location.

Defense attorney Dan Ross said it wasn't until he made a request in open court that he learned about damaged or missing evidence.

He received bags of evidence that were water-damaged and covered in black mold.

He said he has not been able to learn from prosecutors how many pieces of evidence from his cases were destroyed.

Linda Netzel, director of the police department's crime lab, wrote in an email that Ross should contact her directly if he wanted to review evidence or had questions.

"I am only able to respond to your questions regarding items destroyed or repackaged and not the questions about an item in any way affected or compromised," Netzel said. "Items may have gotten wet but not necessarily compromised."

Ross said repackaging evidence after a fire can disrupt or jeopardize the chain-of-custody process. Defense attorneys must be warned if the chain of custody is broken or placed in peril, he said.

Ross described a recent court hearing he thought was impacted by missing evidence.

Nelson said the shell casings resembled those recovered at the crime scene of a 2016 shooting where a woman was killed and three other women were severely injured.

But they were not the shell casings from the crime.

The actual shell casings were destroyed in the fire. Ross, who was the defense attorney for Deandre Jackson, 27, objected.

"There was no foundation from the state as to why those collected at the crime scene were unavailable," Ross said.

They were the correct type of casings, which was enough for demonstration purposes in a sentencing hearing where the rules of evidence are more relaxed, Torrence said.

As other cases wind their way through the criminal court system and arrive at trial, he said, the question of damaged evidence may present greater challenges.

"So many of the cases that are pending, they're over a year old," he said. "They will have trial settings in the next 12 months or so and maybe things will percolate up from within this issue and will present itself at trial.

But so far I just don't think we have seen any yet."

Tweet
How do you feel about this post?
Happy (0)
Love (0)
Surprised (0)
Sad (0)
Angry (0)
Tags:
lithium battery evidence room fire
Arrests made in cold case homicide reported in 198...
Authorities announce 1981 Jefferson Co. cold case ...
Comment for this post has been locked by admin.