A Selma attorney plans to file a lawsuit against the city of Selma after a 19-year-old was shot and killed in April with a gun that wa  allegedly stolen by a former evidence technician. 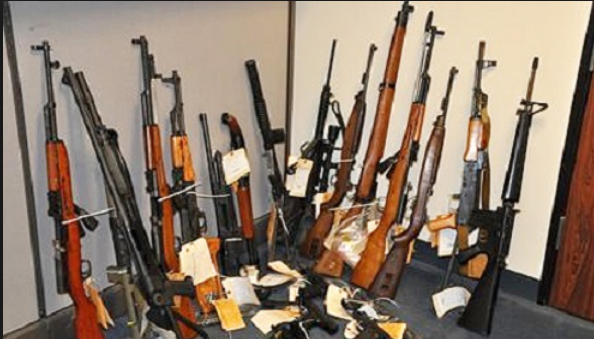 A Selma attorney plans to file a lawsuit against the city of Selma after a 19-year-old was shot and killed in April with a gun that was allegedly stolen by a former evidence technician.

Attorney Brandon Wooten delivered a formal notice to the city clerk's office last week, notifying the city of his intent to file the lawsuit on behalf of the estate of Rufus Williams Jr. and his mother, Annette Benjamin.

"I did send a letter over to the clerk's office giving them notice of the potential lawsuit and the claim I plan to bring against the city," Wooten said Thursday. "It's very shocking that something like this can occur in our city and that we didn't have policies and procedures in place to prevent this."

Williams was shot and killed on April 14, 2017, near Sardis. According to Captain Mike Granthum with the Dallas County Sheriff's Department, Williams was riding in the front passenger seat with his girlfriend, who was driving, and two others in the back seat.

Granthum said 19-year-old Ratravious Sanders, who was arrested and charged with murder in the case, was riding in the seat behind Williams. Granthum said Sanders accidentally shot Williams through the seat.

"They were riding down the road, and [Sanders] had recently got a gun. He wanted to show off the gun, so he was going to shoot it out the window, and the gun failed to go off," Granthum said the day after the incident happened.

"So he's in the backseat trying to get the gun to fire, trying to find out why it malfunctioned, and the gun went off."

Williams was pronounced dead at the scene, and the sheriff's department arrested Sanders and took possession of the gun as evidence.

It was later discovered that the gun used to kill Williams was supposed to be in possession of the Selma Police Department in the evidence vault.

"It is our position that Mr. Williams would be alive today had the gun not been stolen and placed back on the streets of the city," Wooten's notice to the city read.

An internal investigation by the Selma Police Department revealed 34-year-old Adrianne Michelle Canterbury, who was working as an evidence technician with the department at the time, had allegedly stolen three handguns and fake gold chains from the evidence vault.

It was later determined Canterbury was allegedly part of a gun ring responsible for stealing hundreds of guns from the evidence vault and selling them.

She, along with her husband, 43-year-old Richard Canterbury, and an acquaintance, 32-year-old Candice Byrum, were arrested in the case. The officer over the evidence vault and Canterbury's supervisor was also fired.The officer's identity has not been released because no charges have been filed.

"Just the fact that this came from officials and people that we hold in high esteem, it's a double blow," Wooten said. "It violates her trust. It violates the public's trust. Not only is she concerned and deeply saddened by her situation, but the magnitude of this is humongous."

The Federal Bureau of Investigation, the Bureau of Alcohol, Tobacco, Firearms and Explosives and the Alabama Attorney General have launched investigations into the corruption and the gun thefts.

The notice asks the city to forward copies of any documents related to the case to Wooten's office. Wooten said the city had not responded to the notice as of Thursday. He does expect a lawsuit to be filed, and he said it will be filed in circuit court.

A Selma attorney plans to file a lawsuit against the city of Selma after a 19-year-old was shot and killed in April with a gun that was allegedly stolen by a former evidence technician.
http://www.selmatimesjournal.com/2017/06/23/attorney-plans-to-file-wrongful-lawsuit-over-gun-mill-related-death/
Tweet
How do you feel about this post?
Happy (0)
Love (0)
Surprised (0)
Sad (0)
Angry (0)
Tags:
stolen guns evidence technician evidence room Big Three: Chain of Custody assault  kits altered evidence
Fostoria cop treated after exposure to fentanyl dr...
Highway Patrol receives $100,000 for new evidence ...