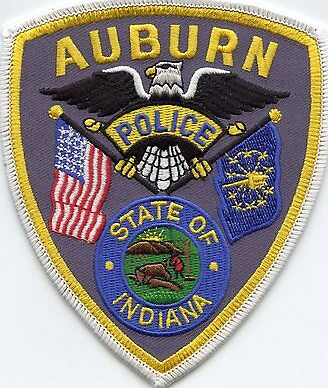 AUBURN, Ind. (WANE) — The longtime chief of the Auburn Police Department has resigned amid an ongoing criminal investigation.

McCoy has led the Auburn Police Department for 20 years.

McCoy said his resignation was the fallout from an incident involving evidence stolen from the police department's evidence room, according to KPC News. The department learned of the incident in November, and Mayor Mike Ley was looped in January after he took office.

Indiana State Police confirmed to WANE 15 there is an active criminal investigation by state police that has been ongoing since late 2019. No specific details have been released, though.

McCoy said in the meeting that the person responsible for the "theft from the department" was no longer with the department, KPC reported. The impact of the incident, though, was lasting.

"The incident … has caused the current administration to question my ability to lead this department, and this is the reason I am resigning as chief of police," McCoy said in Thursday's meeting, according to KPC News. "It is essential that the mayor has someone in the position of chief that he has complete confidence in."

Ley said the city was in the process of "addressing the situation" involving the theft, and one of the steps was "removing the chief and replacing him," KPC News reported.

This is not the first time authorities have investigated a theft at the Auburn Police Department. In 2015, McCoy announced that more than $2,000 in cash along with weapons had been taken from the department's evidence room. State police investigated, and officers were given polygraph tests, but there was not enough evidence to file criminal charges.

McCoy has asked to return to his prior rank of lieutenant with the department.