According to Alaska DPS, a statewide inventory of untested sexual assault kits – dating back to the year 2000 – was performed as a result of SB-55, which passed in 2017. 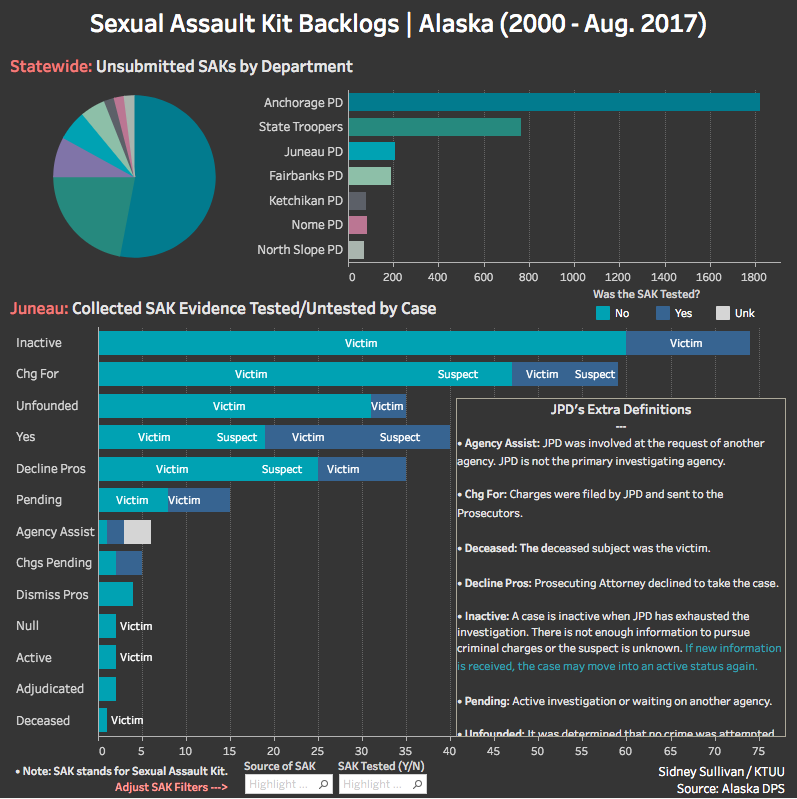 A recently released document shows 3,484 sexual assault kits (SAK), taken as evidence by law enforcement agencies, were not submitted for serological testing at a laboratory in Alaska.

The State of Alaska's Department of Public Safety said the kits are used by medical personnel and trained professionals for the preservation of physical evidence collected from a person, living or deceased, following an allegation or suspicion of sexual assault.

The kits can come in packaged boxes, bags or individual swabs.

According to Alaska DPS, a statewide inventory of untested sexual assault kits – dating back to the year 2000 – was performed as a result of SB-55, which passed in 2017.

Results indicate that the state's seven largest agencies were in possession of approximately 92 percent of these kits.

Additionally, the department said some of the most common reasons why SAKs are not tested, include:
- The District Attorney's Office declined the case.
- Authorities were awaiting a decision from the DA's Office on whether the kit results were needed for evidence.
- A case is still under investigation.
- The issue involved consent, not assailant identity.
- The evidence collected was beyond the testing time frame.

Within the report, results show that 2,979 kits came from a victim, 114 were from an anonymous victim and 391 were from a suspect.

Starting in January 2018, the department stated that all newly collected SAKs will be sent to the State Scientific Crime Detection Laboratory for testing or storage.

Alaska DPS wrote its plans to address untested kits and other testing options, by developing a testing policy based on recommendations from the Sexual Assault Kit Initiative working group.

The department received a grant under the federal SAK initiative program last year.

A document said applying a "test all" policy to newly collected kits will require an additional $204,000 for personnel costs, and $250,000 in chemicals and testing supplies. Overall, the total annual cost is estimated at $454,000.

Alaska DPS said the estimated cost of testing all previously untested kits, at a private lab, would cost between $2.2 million and $3 million.

A final report of recommendations is expected by June 30, 2019.