The backlog of untested rape kits in Pennsylvania has dropped almost 90 percent -- from more than 3,000 in 2016 to 339 by the end of 2018, the state's auditor general announced on Thursday. 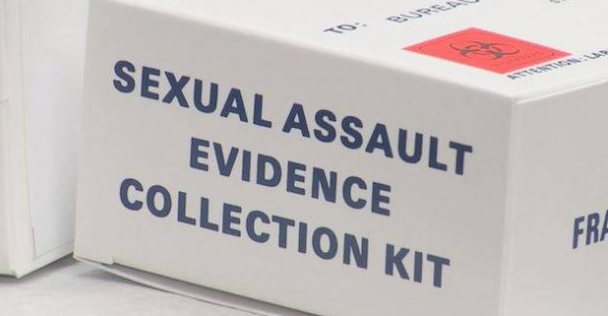 The backlog of untested rape kits in Pennsylvania has dropped almost 90 percent -- from more than 3,000 in 2016 to 339 by the end of 2018, the state's auditor general announced on Thursday.

Auditor General Eugene DePasquale said if the testing stays on track, the backlog could be cleared by this fall.

"We cannot rest until the backlog is completely eliminated, so victims can get the justice they deserve," he said at a news conference on Thursday.

One woman awaiting justice was at the new conference. The York County woman was raped by four men when she was 15 years old, and on Thursday described the pain and trauma she experienced during her rape exam and being questioned by police.

"Next month will mark 10 years since I have heard anything about my case. I never got back any results from my rape kit," she said. "The system is failing us in such a massive way by not testing our rape kits... We have a rape kit crisis."

DePasquale said some of the untested kits have been languishing since the 1990s.

Kristen Houser, chief public affairs officer with the Pennsylvania Coalition Against Rape (PCAR), said there are many women with similar stories across the country.

We live in a time where customers can track a shoe package from a warehouse until it arrives on their front door, Houser said.

"Why can't we keep track of where sexual assault evidence is in the justice system?" she asked.

The total number of backlogged kits can change.

A rape kit isn't considered backlogged until it has not been tested for 12 months, DePasquale said. And of the 1,100 local law enforcement groups, 1,060 self-reported rape kit numbers as of December, he added.

That's still a massive improvement, the auditor general said, when in 2015 only 499 law enforcement agencies responded.

The backlog can be rape kits collected for evidence by law enforcement but not sent for DNA testing, and kits at crime labs that are awaiting DNA analysis. Last month, the Associated Press reported an estimated 155,000 or more sexual assault evidence kits still await testing across the country.

"That's not a lot of money to prevent a lifetime of pain," he said.

The Allegheny County office of medical officer had 94 backlogged kits, and 245 kits are with local law enforcement agencies waiting to be sent to crime labs.

"That is tremendous progress," DePasquale said.

In 2015, Philadelphia received a $400,000 grant from the Manhattan district attorney's office to test 600 untested rape kits.

DePasquale described the "tragic" case of a man accused of attacking and raping a woman in 2011 in Philadelphia. The man then moved to North Dakota and sexually assaulted a teenager he lured online. He was convicted in 2014 in the North Dakota case.

"Now imagine you are that teenage girl. Your life could have been completely different in every imaginable way if that rape kit had been tested on time," DePasquale said. "That person could have already been, and likely would have been, already off the streets ... getting these kits tested matters, and it matters a lot."

Looking forward, DePasquale said the state should consider a rape kit tracking system, which would require the kits to be recorded and then tracked along each step to being tested and getting the results.

Idaho now has a statewide tracking system for sexual assault kits, called the Sexual Assault Kit Tracking System (IKTS), and is offering it for free to other states, DePasquale said.

Backlog of untested rape kits in Pennsylvania could be cleared by this fall - lehighvalleylive.com

“We cannot rest until the backlog is completely eliminated, so victims can get the justice they deserve,” the state auditor general said.
https://www.lehighvalleylive.com/news/2019/04/backlog-of-untested-rape-kits-in-pennsylvania-could-be-cleared-by-this-fall.html
Tweet
How do you feel about this post?
Happy (0)
Love (0)
Surprised (0)
Sad (0)
Angry (0)
Tags:
rape kit backlog East Coast
Evidence missing from Homerville Police Department
Legislation targets rape kit backlog