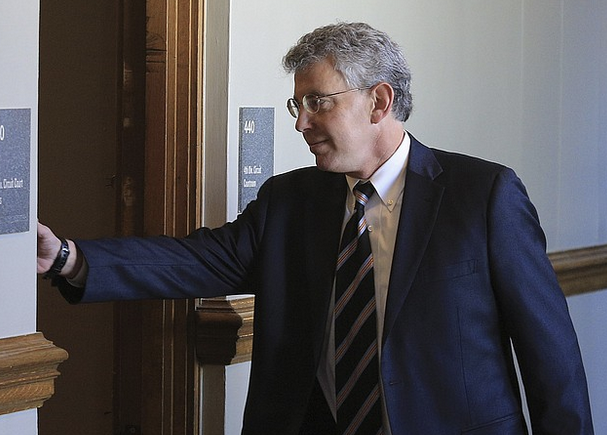 After an unknown number of items were stolen last week from a Little Rock Police Department evidence-storage facility, a Pulaski County prosecutor was informed that the break-in did not affect cases pending with his office.

John Johnson, the chief deputy prosecuting attorney for the 6th Judicial District, recalled that during a conversation with a police official, "what I was told was that the property that was stolen didn't involve any current cases that were being prosecuted by our office."

He said the incident "won't have any negative impact, it doesn't sound like, on us."

According to statements by police officials, as well as an incident report from March 14, a break-in occurred at 11400 Ironton Cutoff Road.

The burglarized facility -- a once-operational aviation hangar -- has been converted into a temporary storage area because of overcrowding at the main evidence-storage facility located beneath the municipal court building on Markham Street, a police spokesman said recently.

Sgt. Eric Barnes in an email described the hangar as a temporary facility that police have used "while we look for a larger space to house all of the property."

Police reported that a large section of chain-link fence had been cut away and a hole made in the metal sheeting of a hangar wall.

The quantity of "missing inventoried and tagged property" was unknown at the time of the initial police report. An addendum later said a full inventory at the hangar was conducted Tuesday; it estimated the value of stolen evidence to be $20,000.

During a weekly news briefing on crime Wednesday at City Hall, Assistant Chief Heath Helton acknowledged the break-in and said a preliminary investigation was underway.

Helton confirmed that no weapons were taken from the facility, and Barnes later said no drugs were taken, either.

"Our property room classifies property as high risk or low risk when separating property. All items at the facility were deemed low risk items. In short, None of these items were weapons, drugs, or drug paraphernalia," Barnes wrote in an email.

Johnson indicated that he spoke with Maj. Joe Miller of the Police Department on Friday.

The prosecutor said he was told that the storage area was an auxiliary facility that held older property, including "a lot of beer, a lot of Bud Lights," apparently from an unknown crime that occurred a long time ago.

In an interview a day earlier, Johnson indicated that the extent of his knowledge of the burglary came from a newspaper article.

Going forward, Johnson suggested the effect on his office might depend on what the evidence was and on what kind of processing took place with it prior to the burglary.

"Where it would hurt us is if it was before an item of evidence had an opportunity to be tested" -- whether that item was a firearm, drugs or something else, Johnson said Thursday.

"It's hard to say without knowing exactly what the evidence is and what stage it was in the investigation to say how it would affect our day-to-day operations," he said.

Little Rock Police Department General Order 304 -- one of a number of regulations and policies that govern departmental operations -- lays out how police must provide for the security and control of property, including evidentiary material.

"Any property, brought into department control by employees must be logged into department records and secured in the provided storage areas, as soon as possible, before the employee's shift ends," the general order says.

It mandates that all property submitted for storage have an incident report written and an incident number identified on a property tag, as well as in computer records.

A section on general procedures says any property "stored during periods when the Property Room is closed must be secured in the provided lockers."

The section later says large items or large quantities of property that cannot fit in the lockers must be securely stored in cages in the foyer of the main property room located at 600 W. Markham St., the address of the municipal court building.

"No items will be left unsecured at anytime in any property facility," the order says. "If property cannot be secured, Communications will be notified to contact the on-call property personnel for assistance."

The general order, last updated in December 2020, does not specifically address the use of the hangar as an auxiliary storage area.

The Commission on Accreditation for Law Enforcement Agencies, which serves as the Little Rock Police Department's accrediting authority, maintains standards pertaining to all kinds of evidence, including forensic evidence and vehicles, as well as property rooms, according to a commission official.

While he said he could not talk about individual agencies, Randy Scott, the commission's southwest regional program manager, called property and evidence "a pretty critical area for a police department."

He said departments undertake at least four documented inspections related to it each year.

"I would imagine a burglary would be something that they would be documenting and showing what they're doing," Scott said.

While leeway is given to law enforcement agencies on how they secure property, assessment teams verify that it is secure, Scott said.

Robert Steinbuch, a law professor at the William H. Bowen School of Law at the University of Arkansas at Little Rock, said evidence is subject to a chain-of-custody evaluation, meaning police have to show where evidence was at all times.

If evidence is lost at some point, "it loses its reliability," Steinbuch said.

By way of example, Steinbuch said that if police found a defendant with a bag of cocaine, but the bag was then left on a countertop for three days, a defense attorney might ask how officials knew the container had not been tampered with.

"And of course you don't -- case gets thrown out," Steinbuch said.

The same issue pertains to the recent burglary "because there was someone who entered into the room where evidence is," Steinbuch said. "So how do I know that none of the evidence in the evidence room was tampered with? Well, I don't."

After an unknown number of items were stolen last week from a Little Rock Police Department evidence-storage facility, a Pulaski County prosecutor was informed that the break-in did not affect cases pending with his office.
https://www.arkansasonline.com/news/2022/mar/21/burglary-of-little-rock-police-evidence-facility/ 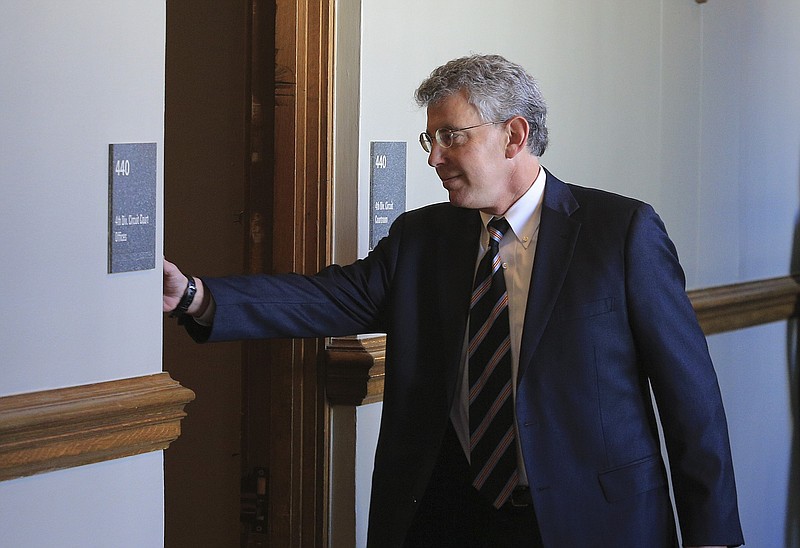 Tweet
How do you feel about this post?
Happy (0)
Love (0)
Surprised (0)
Sad (0)
Angry (0)
Tags:
evidence room burglary
Man charged 35 years after Roxanne Wood found dead...
34 Years After Mom's Murder in Santee, Detectives ...
Comment for this post has been locked by admin.