34 Years After Mom's Murder in Santee, Detectives Tell Son They Found Her Killer

DNA led to the man believed to be her killer 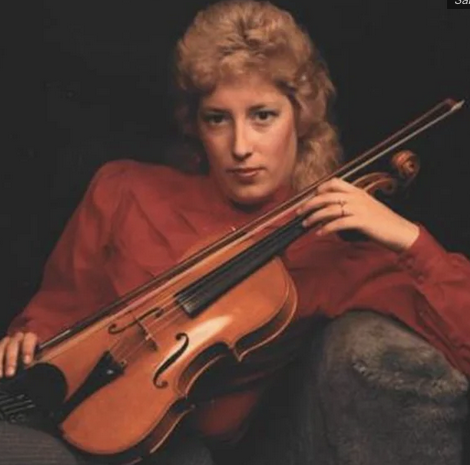 When Mark Beyer was just 2 years old, the toddler was found wandering around in his Santee apartment complex.

The reason the boy was unaccompanied that day in 1988: His mother, Diane Dahn, had been murdered.

When Mark Beyer was just 2 years old, the toddler was found wandering around in his Santee apartment complex.

The reason the boy was unaccompanied that day in 1988: His mother, Diane Dahn, had been murdered.

Finally, in 2022, after building family trees of the suspect, the sheriff's crime lab and cold case unit identified Warren Robertson, who was born in Arkansas and later moved to San Diego, as the man they said killed Dahn. Robertson eventually moved to Indiana, Patterson said, and is now deceased, killed in a house fire.

Robertson lived in the same apartment complex in Santee as Dahn, Patterson said, as did other members of his family. His name was never mentioned in any reports, Patterson said, nor do officials believe he was ever contacted in connection with the case.

Since Robertson, a tow-truck operator, was identified as a suspect, Patterson said, officials have discovered that both he and Dahn were interested in the nearby El Cajon Speedway.

"Maybe that's where they met," Patterson said. "It's hard to tell."

The body of the 29-year-old was found in May of 1988 when a colleague of hers from the San Diego Transit Corporation checked up on her after she failed to make it to work. Dahn had been stabbed to death, according to investigators, as well as bludgeoned. The medical examiner determined that stab wounds to her chest were the cause of death, Sheriff's Homicide Lt. Tom Seiver said on Wednesday.

It's not the first time that the local sheriff's department's homicide unit has used family-tree forensic DNA technology to solve cold cases, of course. In fact, deputies said, it's the fifth time local sleuths have used the scientific technique to find a suspect. In May of last year, for example, deputies announced the arrest of 68-year-old Jack Potter for the 2003 killing of his wife, Laurie Potter, whose legs were found in a Rancho San Diego apartment-complex dumpster. Investigators were unable to identify the remains until last year.

And Mark Beyer, whose mother would have recently celebrated her 63rd birthday? He's now in his mid-30s and delivered a recorded statement on Wednesday in Kearny Mesa when deputies discussed the case. Attending in person was his aunt, Dahn's younger sister Victoria Dahn-Minter, who made an emotional statement, thanking the investigators for never giving up on the case.

"It's been a long process," Dahn-Minter said. "I am so grateful to the detectives and everything that has been done over these past years. I didn't think anything was ever going to come of this. I thought I, myself, was going to go to my grave not knowing, as well as my mother and father."

"We just did lots of things together," Dahn-Minter said. "We were in clubs together, we did the skiing. It was just a wonderful time. We were together all the time."

And then, a relieved Dahn-Minter spoke movingly about finally getting justice for her long gone sister.

"When they came back and said they got a hit, it probably was, other than the birth of my children, the best day of my life," Dahn-Minter said. "She can now rest in peace. At least there is an answer, but it doesn't make the pain any better."

In his video statement, the now grown Beyer reflected on his loss.

"Looking back at some of the struggles that you go through, you kind of feel alone because of what you went through," Beyer said. "She was a good person. Everything I've ever been told and heard about her is that she was a good person, and I like to think that those values have transferred off to me and I do my best to be a good person. The world could always use more good people."

Beyer said that he was shocked at how the killing had been solved.

"I was so blown away when I heard the story of how it actually transpired, and how you go from little information you have to build a case like that, was truly impressive," Beyer said.

The closing of the case meant the world to Beyer, he said.

"The answers that my family received — it's closure, and closure is everything, even after so much time had passed," Beyer said. "And now I have a story to tell the world and tell people who cross my path."

Diane Dahn was found stabbed to death in her Santee apartment in 1988.
https://www.nbcsandiego.com/news/local/san-diego-cold-cases-34-years-after-moms-murder-son-set-to-get-justice/2896550/
Tweet
How do you feel about this post?
Happy (0)
Love (0)
Surprised (0)
Sad (0)
Angry (0)
Tags:
West Coast cold case murder Genealogy DNA
Burglary of Little Rock police evidence facility u...
Misleading changes to search warrant kicked off in...