The primary focus is to inventory everything that's out there right now – all 27 of our [police] jurisdictions, 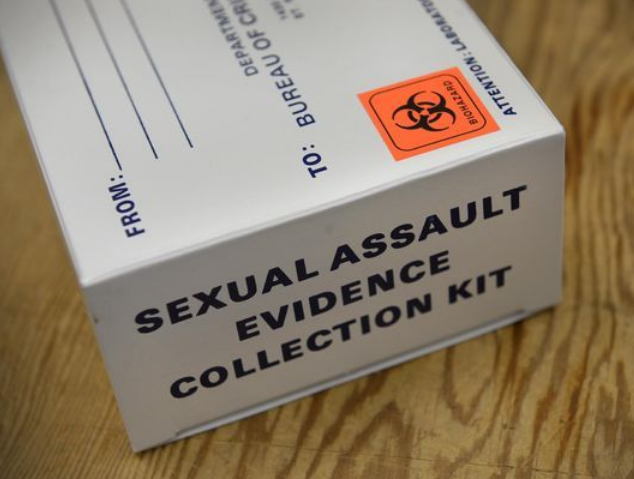 The Jefferson County District Attorney's Office is on a mission to identify all unprocessed sexual assault kits countywide. Through a 3-year, $1.5 million federal grant, from the Department of Justice Bureau of Justice Assistance, the office will build a database tracking all sexual assault kits.

"The primary focus is to inventory everything that's out there right now – all 27 of our [police] jurisdictions," said Michele Yarbrough, general counsel and business manager for the district attorney's office. "Identify what we've got, what we don't have, what needs to be tested, and why," she explained.

"We're going to contact some survivors and make a determination whether some of these cases or most of these cases will move forward in a different approach than how we have those cases moving forward now," said Carr

Sometimes a sexual assault kit is not submitted for processing because there is not enough DNA material at the time it was collected and technology needs to catch up, explained Aryn Gieger-Sedgwick, the DA's program director for the initiative. In other cases, the survivor may have died, moved away, or decided not to pursue the investigation.

"It's completely valid that the department stops the investigation at the request of that survivor," Gieger-Sedgwick said.

Jefferson County is one of 32 jurisdictions from across the country to receive the federal grant. Other states have already started to identify untested sexual assault kits. Montana law enforcement found about 1,400 untested kits, about a third of Nevada's 7,500 untested kits have been sent for testing, and Kansas Bureau of Investigation identified more than 2,000 untested kits.

Sexual assault kits are analyzed by the Department of Forensic Sciences, a partner in the new initiative to inventory kits in the county. The department processes DNA evidence submitted by approximately 450 law enforcement agencies across the state.

The laboratory in Hoover currently has about 600 sexual assault cases in progress, and it will process around 2,000 cases this year, says Deputy Director Angelo Della Manna. He said there is currently a backlog of 4 to 6 months for processing.

"I certainly wish that we could test cases in a more timely manner and get it within 90, 60, 30 days, ideally, but unfortunately with the staffing levels and funding that we receive, four to six months is the best that we can do," Della Manna explained.

But waiting half a year for results is an improvement, he said. "Fifteen years ago when we were first trying to address the backlog of sexual assault kits, it was not uncommon to wait a year to 18 months, sometimes two years to have a case completed," he recalled. Della Manna credits better technology and slightly more staffing for improved processing time.

But, the department's backlog is distinct from law enforcement.

"The backlogs at the police department [refer to those] sitting on property room shelves, waiting to be submitted. That's what the [grant] is first going to try and identify – how many sexual assault kits are present within Jefferson County that need testing," explained Della Manna.

It's too early to say there's a backlog at the police departments, Yarbrough said.

"We've got to take the time, very methodically, and go through, and make that inventory, before that can be said," Yarbrough explained.

"Instead of waiting until we've got a problem, or waiting for something to blow up, we have the opportunity through this federal funding to actually figure out if there is a problem. And whether there is or there isn't, put a system in place to prevent a problem from ever happening," she said.

According to the DA's office, 27,402 rapes have been reported in the state since 1998. An average of 21 percent of them happened inside the county.

In addition to funding the inventory and database, the grant will also address sexual assault in other ways. Three court advocates will be hired to help survivors navigate the criminal justice system; a special team, called the Multidisciplinary Team, including advocates, police, prosecutors, and community partners, will respond to survivor needs; and, a new prosecutor and "vertical court" will specially handle sexual assault cases.

"Some of these cases, because for a variety of reasons, they don't get charged, or a survivor may be reluctant to come forward," Carr said. "I think having that extra support will give them the courage to come forward."

The Jefferson County District Attorney’s Office is on a mission to identify all unprocessed sexual assault kits countywide.  Through a 3-year, $1.5 million federal grant, from the Department of Jus...
http://www.wbrc.com/story/35843497/jefferson-county-inventories-sexual-assault-kits-builds-new-database
Tweet
How do you feel about this post?
Happy (0)
Love (0)
Surprised (0)
Sad (0)
Angry (0)
Tags:
Big Three: Chain of Custody assault  kits altered evidence
Former OSP tech arrested again, police say stole t...
2 former Ellis County deputies to appear in federa...
Comment for this post has been locked by admin.