Earlier this month, the detectives were informed that the evidence from the crime scene they submitted for testing was a match to Glazebrook's DNA profile. 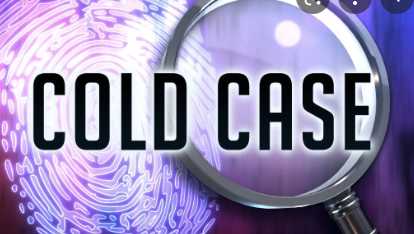 Advancements in DNA technology have led to an arrest in a decades-old cold case homicide in California.

Glazebrook was arraigned Monday and pleaded not guilty. His next court appearance is set for September 1.

Herok-Stone was 30 years old when she was killed. She was found dead on October 15, 1981, in her Carmel Point home, where she lived with her 4-year-old daughter. Her daughter was at school when her body was discovered.

The county sheriff's office described Herok-Stone as a single mother working as a merchandiser for Levi Strauss & Co. at the time of her death.

"In honor of Sonia Herok Stone, all Detectives wore Levi's Jeans during the operation to arrest Glazebrook," the sheriff's office said in a Facebook post.

Glazebrook, who was 25 years old at the time and Herok-Stone's neighbor, was the primary suspect in the 1981 investigation. He was charged with her murder, but the case was dismissed two years later because of a hung jury.

"The case was reopened in 2020," the Monterey County District Attorney's Office said in a news release. "The renewed investigation included forensic testing that was not available at the time of the original trial."

Detectives discovered late last year that several pieces of evidence in Herok-Stone's case file could likely be tested using modern DNA technology. The items were sent to a Department of Justice lab for testing.

The investigators also obtained a search warrant for a new sample of Glazebrook's DNA. The sheriff's office said Glazebrook was not hard to find since he still lived and worked in Monterey County.

Earlier this month, the detectives were informed that the evidence from the crime scene they submitted for testing was a match to Glazebrook's DNA profile.

Facebook users praised the Monterey County Sheriff's Office for following through with the case.

"Good job! Thank you for not giving up on this case. It will not bring her back but might give the family some peace," one user wrote.

Another person wrote, "Thank you for not forgetting this young woman who had her life stolen from her."