Investigators said Pickens confessed to taking it from the evidence room and then bought the speaker back from the store. 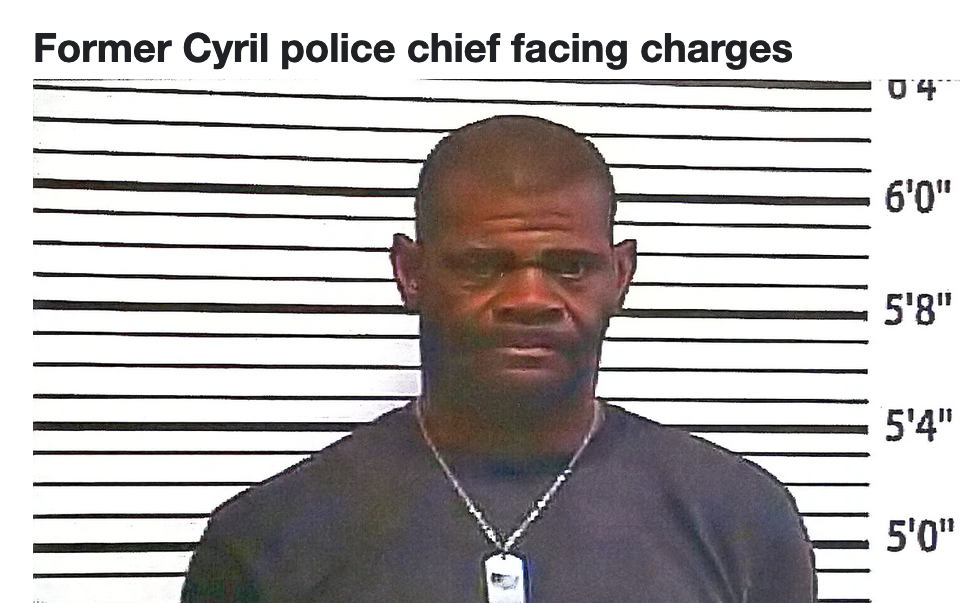 According to court documents, a suspect arrested in December 2020 for possession of a stolen motor vehicle was walking through Sonny's Convenience Store in Cyril when he noticed his bluetooth speaker that he had left in the truck, so he called police.

When another officer confronted Pickens about the speaker, investigators said Pickens confessed to taking it from the evidence room and then bought the speaker back from the store.

The store owner told the Oklahoma State Bureau of Investigators that Pickens offered to pawn the speaker for $100.

According to the OSBI, Pickens was also spotted removing a pair of night vision goggles from a vehicle during a traffic stop in January of this year. He dropped the goggles at someone else's residence, who returned them to the police department.

Pickens admitted to pawning the speaker and taking the goggles without permission in an interview with the OSBI.

According to Cyril police, Pickens stepped down as police chief in late June before resigning from the department on July 9.

Michael Whisman is now the police chief for the Cyril Police Department.

Pickens is currently out on bond, with a court date set for October 18.