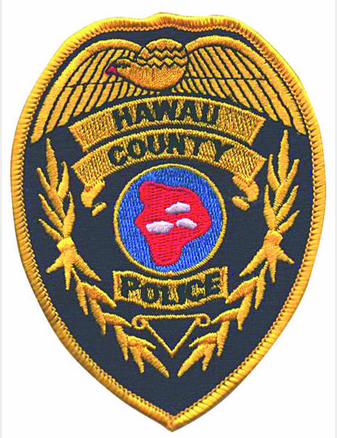 KAILUA-KONA — The safety and integrity of collected police evidence has been called into question as reports of lost and stolen evidence from storage lockers have come to light.

Hawaii County police attribute the loss of DNA evidence in two separate high-profile 2016 criminal cases to rodents. The items, a bloodied wadding from a shotgun shell and a tampon, were drying in an outdoor evidence locker behind the Kona Police Station when police believe a mongoose, or other type of rodent, snuck in and snatched them.

"There are a lot of critters outside the police department," said Hawaii Police Department Area II Assistant Chief Mitchell Kanehailua, who was stationed in Kona at the time of the evidence disappearance. "We have taken steps to mitigate the problem."

The lost DNA evidence was brought to public awareness Monday when defense attorneys attempted to suppress all DNA evidence and drop sexual assault charges due to the loss or spoliation of the tampon in a reported 2016 rape case that occurred at Old Kona Airport Park. While appalled, a 3rd Circuit Court judge determined the loss to be negligent, and denied the motion, as the charges, he said, were far too serious to drop.

"What were they thinking?" Judge Robert D.S. Kim asked the prosecuting attorney Monday. "Don't you think in a sex assault case a tampon in a victim is critical in this case?"

Deputy Prosecutor Sheri Lawson agreed the loss of evidence was reckless but unintentional. She added the tampon isn't a critical loss.

On Wednesday, Kanehailua agreed that when animals tamper with evidence in the outdoor locker it definitely affects integrity.

"Sometimes these things happen, however, we have taken steps to make sure they don't," he said.

Monday's hearing was for Tyron Sigrah and Samuel Latrik, accused in the reported Sept. 3, 2016, rape at Old Kona Airport Park. The teens are facing sexual assault, terroristic threatening and kidnapping charges in connection with the incident. Police says two boys approached a woman, punched and sexually assaulted her. Police added the boys fled when confronted by an unidentified person.

During the investigation, a tampon was collected. After learning of its loss while stored in the outdoor evidence locker, Kim, the judge, questioned why it didn't warrant the dismissal of sex assault charges.

"It causes me concern, because evidence is to be safeguarded," Kim said Monday.

During Monday's hearing, Kim cited this was not the first time evidence has gone missing from the Kona Police Station's outdoor evidence locker. Also in 2016, a bloodied wadding from a shotgun shell collected as evidence in connection to the death of Alanaokala Solomon Covington, who was the victim of what authorities say was a vigilante killing by Gafatasi Napoleon. The defense attorney at the time also tried to suppress DNA evidence due to spoliation, which was denied.

Napoleon ultimately pleaded guilty to manslaughter with a firearm in 2017. He is serving a 20-year prison sentence with a mandatory eight years to be served before becoming eligible for parole.

The outdoor evidence locker at the Kona Police Station is a large cage. Within that cage are smaller cages that police store collected evidence. After the incidents of lost evidence, police reinforced the smaller cages with smaller screening to keep mongooses and other animals out.

Since then, Kanehailua said, there have been no incidents or indications of animals taking evidence.

Located next to the Kealakehe Transfer station, Kanehailua noted there are various animals that roam around the station. He added that the smells from the outdoor evidence locker attract the animals.

"It's so smelly, we've got to keep it outside to dry out," Kanehailua said of wet evidence police collect.

The Hilo Police Station also has an outdoor evidence locker where evidence is dried, but they have less of a critter problem. However, Kanehailua said that locker isn't located next to a rubbish dump.

The assistant chief said there was a break-in at the Hilo outdoor evidence locker in the 1990s after a vehicle from a drug bust was seized. However, the evidence locker was boarded up and there haven't been issues of evidence disappearing from the outdoor locker since.

"Any time any kind of evidence goes missing it casts doubt on any kind of police investigation," DeWeese said. "It was important enough to collect but not to safeguard?"

DeWeese is representing Sigrah in the 2016 rape case. She said because of police's negligence of lost evidence, all they can do is speculate.

"DNA evidence is something people still think is fairly reliable," she added. "When that's gone, it's problematic."

Currently, the Kona Police Station doesn't have indoor equipment that would dry wet evidence. At one point, Kanehailua said the department had a dryer but it was old and didn't work.

Obtaining updated equipment would be nice, but unlikely.

"The cost would be so prohibitive and a hard sell to the county," Kanehailua said.

Hawaii County Prosecuting Attorney Mitch Roth said he knows there's a lot of expensive equipment the county would like to have but can't because of budget constraints.

"I think there are certain areas where you shouldn't cut corners, and this is one of those areas," she said.

DeWeese added there's a lot of pomp and circumstance when evidence is presented in court when it appears it has gone through the proper filing channels and signed off on with the proper signatures.

"We may be assuming things that may not necessarily be correct," she said.

DeWeese noted that she thought it was interesting the lost evidence was coming to light on the cusp of a case of stolen drug evidence from Hilo Police Station's indoor evidence locker.

On March 15, the police department released information that a former Hawaii County police detective was a person of interest after drugs were found missing from evidence. The initial investigation began in October 2017. According to authorities, cocaine recovered as evidence in 2014 was found to be lighter than reported during its initial recovery.

The detective has since retired from the department.

The Hawaii Police Department sent the case to Hawaii County Prosecutor's Office on March 2 for review of possible charges. After reviewing the pages-long document, Roth referred the case to the state Attorney General's office because conflicts were identified.

After the initial release of the theft and investigation, officials have remained mum on the matter. On March 23, the state Department of the Attorney General confirmed it had recommended the Honolulu Prosecutor's Office review the case.

At that time, the Honolulu Prosecutor's Office confirmed they had received the case for review. However, several calls to the office since that time indicate the case was not officially filed with their office.

West Hawaii Today placed calls to Maui and Kauai County Attorney Offices. However, the case had not been filed with their offices either.

On Thursday, James W. Walther, special assistant to the Attorney General, said the office had nothing new to report on the case at this time.

Police have made efforts to secure the evidence storage in Hilo by tightening up procedures in order to ensure a similar scenario cannot be repeated. The department has also conducted additional audits to ensure these incidents have not also been perpetrated by anyone else.

When various types of evidence are collected by police during an investigation, they are recovered, packaged and submitted to evidence in different ways. Maj. Robert Wagner gave the example of dusting for fingerprints.

After recovering prints using more than likely lifting tape, the print is placed into an envelope and sealed with tape. The officer also places his or her initials on the seal.

"This is to ensure no tampering, because if the seal is broken, you will be able to tell," Wagner said.

The evidence never leaves the custody of the officer until it is turned in, he added.

Wagner noted there is a "chain of custody" for all evidence. It starts with the recovering officer providing his initials on the evidence, and the next person who is given the property signs for it, etc.

"There are certain pieces of evidence that requires two signatures before evidence is sealed, such as money, which requires the recover officer and another officer to count before it is sealed. The name of the officer who assisted is listed on the form," the major said.

Generally, DNA evidence is stored in a controlled room, where it can be air conditioned.

Wagner said the outdoor storage is a fenced-in area, a car cage, and a cage containing cages within. Ninety-nine percent of evidence storage is indoors.

"No DNA evidence is stored outside, but occasionally may be temporarily outside in order to air dry," he said.

Enter some description here...
http://www.westhawaiitoday.com/2018/06/10/hawaii-news/called-into-question-police-say-changes-made-after-evidence-in-high-profile-cases-compromised/
Tweet
How do you feel about this post?
Happy (0)
Love (0)
Surprised (0)
Sad (0)
Angry (1)
Tags:
missing evidence dna rodents
Hundreds of guns up for auction from Wagoner Count...
Leesburg Police looks to go high-tech with evidenc...