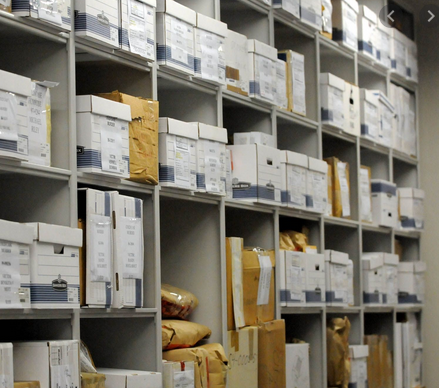 The Carlin City Council is scheduled to approve the resignation Wednesday night, along with an agreement that would put the Elko County Sheriff's Department temporarily in charge.

According to District Attorney Tyler Ingram, "on or about Jan. 16, 2020, events transpired which called into question the adherence to best practices and/or standard policies and procedures" relating to property and evidence in Carlin.

In a Feb. 10 letter to the county's defense counsel, Ingram said the third-party audit also revealed that handling of the department's K-9 "may have been contrary to policy procedure and certification requirements."

As a result, the District Attorney's office is reviewing pending cases "to determine whether we are in a position to ethically and/or legally proceed with prosecution," Ingram stated.

Following a preliminary review of 160 cases linked to Carlin — mostly from 2018 or later — Ingram told the Elko Daily on Thursday that the majority of active cases do not involve physical evidence. He also said there are few active cases involving the use of a K9.

"While I have not reviewed every case yet, it appears that most of the cases fall within the category where physical evidence is not a factor," he said. "It is important to keep in mind that not all the cases will be affected by the issues with property and evidence maintenance."

Once the evidence room is organized, Ingram said he would have a better idea of which cases the DA's office is "legally and ethically obligated to dismiss or move forward with."

"It is also possible that a court will ultimately have the final decision on some cases, even if we believe that we can legally and ethically proceed," he said.

Overall, both agencies have worked together "to ensure that every step is taken to remedy this situation," Ingram said.

"Above everything else, ethics is our number one priority. If I believe that a case must be dismissed because of evidentiary issues, I will do so. We will never compromise the integrity of our character, nor the integrity of this office, even in the face of adverse social and personal consequence," Ingram said.

"While I recognize that dismissal of criminal prosecutions may not be popular, I will not sacrifice our Constitution and laws for the sake of a prosecution," he continued.

Ingram stressed that the audit did not provide evidence of corruption or misconduct by any law enforcement or staff employed by the Carlin Police, and he did not receive any confirmation of evidence being unlawfully manipulated or tampered with.

"It was just improper handling of the evidence," Elko County Commissioner Cliff Eklund told the Elko Daily on Thursday. "I'm not sure how the audit all got started."

Commissioners are scheduled to approve the agreement with Carlin on Wednesday afternoon. The plan calls for the Elko County Sheriff's Office to oversee day-to-day operations of the Carlin Police Department, organize and catalog evidence, and provide training for officers and administrative staff for up to six months or longer if needed.

Sheriff Aitor Narvaiza told the Elko Daily he learned about the audit Feb. 7.

Lt. Kevin McKinney has been stationed in Carlin for the next six months, and the Sheriff's office evidence team was sent there this week, he said.

"We have taken the task of helping out with evidence gathering and administration," Narvaiza said. "They are reviewing reports and figuring out what evidence goes to what case."

The K-9 named "Chief" has been retired, but Narvaiza said he hopes to train a new dog for Carlin that meets the requirements of the Sheriff's Office.

Fobes' resignation will be effective Feb. 14, according to the Carlin City Council agenda. He was named Carlin's police chief in 2015 after working for the department as a patrolman since 2004.

At the time of his appointment, Fobes told the Elko Daily Free Press that if he hadn't taken the job, the Carlin Police Department would have attempted a merger with the Elko County Sheriff's Office.

According to Eklund — who was Carlin's mayor at the time — that deal was rejected.

"We had [then-sheriff] Jim Pitts submit a proposal where the sheriff's department would take over Carlin, and at that time the city council was not conducive to doing that," Eklund told the Elko Daily this week.

Eklund said the Sheriff's proposed supervision of Carlin is being considered as a temporary measure only.

"What goes beyond the temporary part, that's a decision for the Carlin City Council," he said.

A request to the City of Carlin for a statement was not returned by press time.

Narvaiza said the goal for now is to help Carlin's police officers, who "are young, strong and anxious to go."

"We're not taking over Carlin, but just helping with evidence, training, and helping those young police officers move forward," he said. "Right now, we're just there to guide those kids and help that city."

If the Carlin City Council approaches the Sheriff's office to remain, Narvaiza said he would look forward to having that conversation.

"I feel we would be able to provide a lot of logistics and guidance to those officers. If that's something they decide to do in four or five months, we could have a good discussion on that," he said.

Ingram praised the City of Carlin for their quick action to resolve the issues found in the audit.

"The City of Carlin was tremendously responsive to this situation and is doing an incredible job in addressing the issues. We will continue to work with the City of Carlin and provide any assistance that it needs," he said.