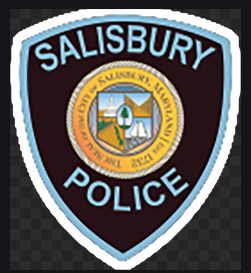 SALISBURY, Md. – The Salisbury Police Department and the Wicomico County State's Attorney released details on Friday about an investigation into a police department employee, accused of stealing items from the department's evidence facility.

The Salisbury Police Department (SPD) recently began an audit of its property storage processes and procedures, in order to prepare for future recertification reviews of its evidence storage procedures. However on Thursday, February 6, SPD contacted the Wicomico County State's Attorney because it was concerned that someone breached its facilities and committed several crimes.

They concluded, "the integrity of the property storage facilities at the Salisbury Police Department may have been compromised."

Officials have not released any details about the SPD employee being investigated or what item(s) they believe were taken from the evidence facility." To be clear, there are very generally two types of property that are kept in a property room. There's property that is lost, abandoned, can be destroyed or has no evidentiary value," says Dykes. "What we are concerned about are the pieces contained therein that do have evidentiary value."

The State's Attorney requested a full investigation by an outside law enforcement agency, including an independent inventory and accounting of all property being held in the custody of the Salisbury Police Department. Officials are now looking at every criminal case charged by the SPD, or that contains evidence that is or was being held in the custody of the SPD, from April 22, 1997 through February 7, 2020. "The concern arose from an employee's assignment to the property room in 1997," says Dykes.

Dykes says she understands this has the potential to cause long term effects on the confidence of the justice system but is working to make sure that doesn't happen. "My office has done and will continue to do everything that it can to ensure the transparency, integrity and impartiality of this process. It is what victims deserve. It is what our citizens deserve. And it is what criminally charged defendants deserve."

As for how this may affect cases moving forward, Dykes says all defendants and council have been briefed about the potential concern. However based on the limited information they have, they're hopeful that cases have not been impacted. "We are hopeful that at this point that we can maintain integrity of all cases that have been prosecuted and going forward. But the reality is that we will not know until a full inventory accounting investigation is completed," says Dykes. "At this point, we don't believe so based upon the very limited information that we know but understand as we proceed things may change. We are not making any assumptions at this point."

The Maryland State Police is currently conducting a criminal investigation. Officials are not sure how long this extensive investigation, inventory and accounting will take. "This has many what we anticipate will be long term, long standing effects to the confidence of our system," says Dykes. "It is our job at this point in time to help ensure the integrity of those items and the transparency of the process and how we do that."

The State's Attorney adds that all charges against the employee will be handled by the office of the State Prosecutor. "They have agreed to accept that given their office's scope and authority."

"The community needs to know that when they give you their trust, you're going to do the right thing when they're not looking," says Salisbury Police Chief Barbara Duncan. "As a law enforcement agency, integrity is paramount for us, so this situation is disappointing. It's frustrating. Right now, our focus is on ensuring the secure operation of our property facility, and assisting the MSP and the State's Attorney's Office to determine exactly what happened. Moving forward, SPD is committed to taking every possible step to ensure that the trust of our citizens is well-placed."

This investigation is ongoing. 47 ABC will provide updates as more information is released.