Morrell's office said it believes that a bond clerk may have "mishandled" an envelope containing $10,000 in cash, part of a larger $30,000 cash bond paid Tuesday afternoon. 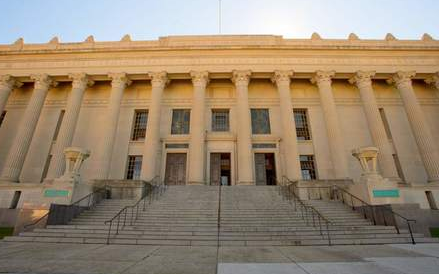 New Orleans authorities have launched an investigation after a stack of cash went missing from a safe in the city's criminal courthouse between Tuesday afternoon and Wednesday morning.

In a statement, Clerk of Criminal District Court Arthur Morrell's office said it believes that a bond clerk may have "mishandled" an envelope containing $10,000 in cash, part of a larger $30,000 cash bond paid Tuesday afternoon.

The bond clerks typically collect cash from representatives for pretrial defendants locked up at the Orleans Justice Center. Morrell said that with the day's last deposit at 4:30 p.m. Tuesday, a clerk "was thought to have placed three envelopes each containing $10,000 in cash into the clerk of court's safe."

But when the safe was opened at 9 a.m. Wednesday, one envelope was missing.

Morrell's office said it has launched an investigation with the New Orleans Police Department. Police said they could not immediately provide any information on their probe, including whether they have a suspect.

The clerk's office did not say who posted the $30,000 bail, and it was not clear whether the missing cash will prevent the inmate's release.

The case of the missing cash is just the latest security breach to happen in the clerk's courthouse facilities. In November, someone broke into an evidence room in the building's attic that stores guns. Morrell said at the time that he believed nothing was taken.

Courthouse facilities stuffed with money and drugs have proven a tempting target over the years.

In 2006, a janitor working for the city was arrested for raiding cocaine, cash and ammunition from an evidence room at Orleans Parish Civil District Court, a separate building from Morrell's domain. The janitor told cops he blew the money playing the slots at Harrah's Casino.