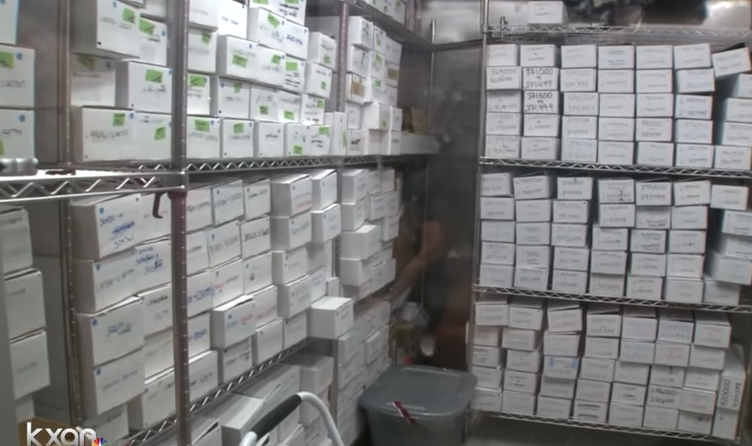 New Jersey does not have a backlog for processing rape kits at state forensic labs, but almost half of the kits collected over a four-year period were not tested and most New Jersey law-enforcement agencies have no written policies governing how they are handled, the state auditor found.

The report by State Auditor Stephen Eels recommends requiring all counties institute formal, written policies for handling the Sexual Assault Forensic Examination (or SAFE) Kits. It also recommends that the state Attorney General's office implement a statewide tracking system for all kits, which include the collection of samples of saliva, semen, blood, hair and other evidence that could link a perpetrator to an assault.

These suggestions are especially important to implement now, say advocates for survivors of sexual assault, because of concerns that some untested kits that have been stored by law-enforcement agencies could be discarded at any time.

The state began mandating on July 10, 2014 that kits be retained for five years, and it's unclear what will happen to kits taken then. Some victims may have asked to be notified before a kit is discarded and the audit found that none of 250 local law-enforcement agencies surveyed has written procedures for destroying tested and untested kits.

Patricia Teffenhart, executive director of the New Jersey Coalition Against Sexual Assault, said the expiration of the five-year hold on those first kits has provided the impetus to make discussions about the treatment of the kits a priority.

Teffenhart said a victim might have a change of heart, noting that the kits are collected within five days of an assault and trauma can make it difficult to make a decision about pressing charges. "With increased time, we also might have more survivors willing to come forward," she added. "That's why this is all so incredibly important."

She welcomed the results of the audit report to help inform these and other decisions.

"We have really good baseline data that we didn't have before," Teffenhart said. "What the audit did was give us an opportunity to raise additional questions."

With reports of backlogs of thousands of rape kits elsewhere across the country, New Jersey lawmakers passed unopposed a bill requiring the Attorney General's office to do a survey of untested SAFE Kits. That bill is now on the governor's desk, though it's unclear what Gov. Phil Murphy might do, given the audit report appears to have already accomplished this.

The report from the Office of the State Auditor, part of the nonpartisan Office of Legislative Services, looked at the procedures, processing, recording and tracking of SAFE Kits collected from July 10, 2014 through August 31, 2018, under the Department of Law and Public Safety's sexual assault examination process.

On the consent of a victim, a forensic nurse examiner collects evidence following a sexual assault in a SAFE kit. If the victim chooses to press charges, law enforcement officials will either send a kit for processing at a forensic lab or store it for up to five years.

Of 5,931 kits collected, 52 percent were submitted for processing, and the report underlined continuing questions about why at least some of the others went untested.

Not all kits are tested, because federal regulations require a suspected crime be committed before uploading a suspect's DNA profile into the FBI's database.

Of those kits not processed, about 40 percent were being held for five years because a victim chose not to involve law enforcement. In other cases, the victim did not file a complaint and in still others, the reason for the lack of testing was unknown.

There were some reasons that especially concerned advocates. For instance, in nearly 100 instances, kits were not processed because either the suspect said the sex was consensual or the investigator suspected it was consensual.

Teffenhart termed "terribly concerning" the lack of local policies for notifying victims about the status of their kits. Assault survivors "should have the same access to services and support whether their victimization occurs in Salem County or Sussex County or anywhere in between," she said.

"The lack of policies and procedures, or the reliance on informal policies and procedures, can lead to inconsistent sexual assault investigations among various (law-enforcement agencies)," the report states. "This potentially impacts a prosecutor's ability to evaluate all case evidence. This type of evidence has repeatedly been shown to be a powerful tool in the identification, prosecution, and exoneration of suspected perpetrators of sexual assault crimes."

In its response to the report, the Department of Law and Public Safety noted that Attorney General Gurbir Grewal issued a directive last November updating the protocols to be used in investigating sexual-assault allegations, including a requirement that all law-enforcement agencies adopt written policies for handling the kits. These procedures must be submitted to Grewal's office by the end of this year.

The department also indicated a willingness to consider implementing a statewide system to track SAFE Kits, the other recommendation from the audit report.

The audit states that it was impossible to fully document what had happened to all 5,931 kits collected for a number of reasons, noting also that because of the lack of a tracking system it had been "labor-intensive for the majority of counties" and State Police to provide the information that they did.

Putting such a system in place "would ensure the accountability of all SAFE Kits, improve statewide data collection and reporting, and enable information to be readily available," according to the audit. It suggested New Jersey determine whether it could implement the system used by Idaho, which has reported positive results and has offered its software free to law-enforcement agencies.

William H. Cranford, acting administrator of the Office of the Attorney General, wrote that the office plans to create a working group to "assess the feasibility of implementing a statewide tracking system," including the costs involved.

"The working group will explore all options for standardizing the tracking of SAFE Kits, with the clear understanding that the victim's rights to confidentiality and the decision to involve law enforcement will not be compromised," Cranford added.

Keeping track of kits is especially critical at the end of the five-year holding period. Teffenhart said that when survivors agreed to a five-year hold, they indicated whether they wanted to be alerted at the expiration of the time and, if so, how. But some people may no longer have the same phone number or email address as they had five years ago and that needs to be addressed.

"We need to determine what is the best survivor-centric approach," she said.

The audit report estimates 51 kits have been held untested for more than four years and 1,374 kits are designated five-year holds but with an unknown date of collection.

New York 11 September 2020
With today's technology, police were able to match the DNA to a family member, September 11, 2020 ROCHESTER, N.Y. (WHEC) — Rochester Police have made an arrest in a 35-year-old cold case murder invest...
Read more

Missouri 10 September 2020
Of 16 kits that were uploaded to CODIS, the national DNA database of prior offenders, 11 generated matches. September 9, 2020 An ongoing initiative to process untested sexual assault kits in Missouri ...
Read more