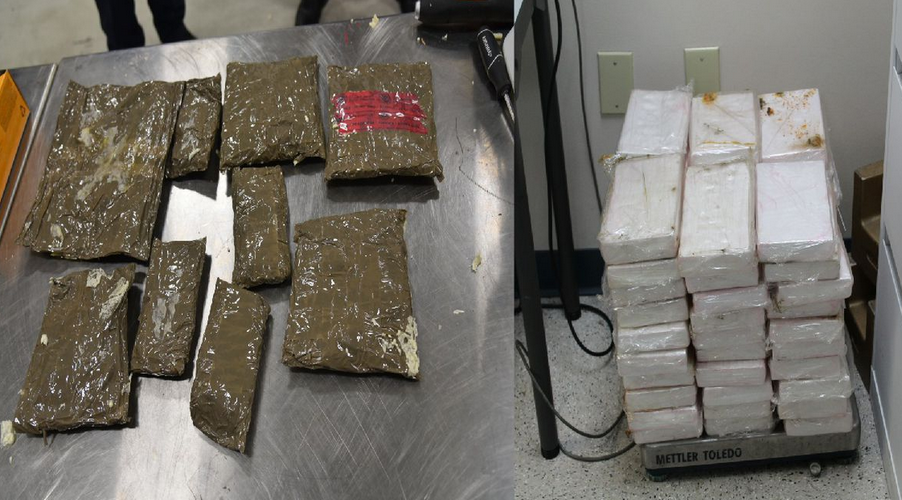 LAREDO, Tex. (KGNS) -Federal agents seized over a million dollars of drugs during three separate incidents at the start of the month.

The first incident happened on August 31st when officers at the World Trade Bridge referred a tractor trailer to secondary inspection.

Officers found 60 packages of cocaine hidden within a shipment of galvanized wire.

The next day officers at the Juarez-Lincoln Bridge referred a 2003 GMC Yukon to secondary inspection and found 4.85 pounds of meth within the subject's belongings.

And the third incident happened on Wednesday at the same bridge when officers referred a 2007 MCI bus to secondary inspection and found four packages of meth within the bus.

The narcotics combined have an estimated street value of $1,368,625. Enter some description here...
https://www.kgns.tv/2020/09/09/cbp-officers-confiscate-over-a-million-dollars-worth-of-drugs/
Tweet
How do you feel about this post?
Happy (0)
Love (0)
Surprised (0)
Sad (0)
Angry (0)
Tags:
drug seizure
Police: Arrest made in Wendy Jerome cold case from...
Attorney general announces DNA "hits" from rape ki...
Comment for this post has been locked by admin.