"If the case was closed and she did not think anyone would come looking for the drugs, then that would be a case from which she would take the methamphetamine," 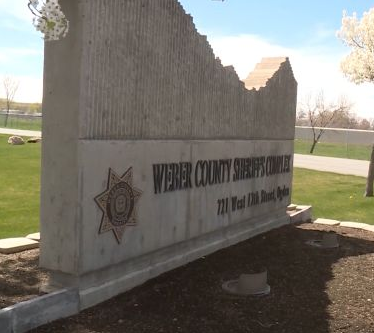 OGDEN — A former Weber County Sheriff's Office evidence technician who admitted stealing and using drugs — predominately eating meth — that had been collected as part of criminal investigations was charged with 40 counts of her own Tuesday.

Candice Barbara Follum, 48, of Ogden, was charged in 2nd District Court with 20 counts of altering public records, a third-degree felony, and 20 counts of drug possession, a class A misdemeanor.

The investigation began last December when Follum was found to be "under the influence of methamphetamine while on official duty. She was suspended and later terminated from the sheriff's office," according to charging documents.

During a follow-up interview with the Weber County Attorney's Office, Follum said "she had become addicted to methamphetamine while working at the sheriff's office and had been stealing drugs from evidence for three years. She admitted to using meth every other day. She indicated her manner of use was by eating methamphetamine. She claimed she only used when she was at work," the charges state.

When investigators found the box Follum was talking about, they discovered there was actually evidence from approximately 60 criminal cases that had been tampered with, according to court documents.

"When confronted with the fact that the evidence suggested she took drugs from many more cases, Mrs. Follum acknowledged that it was possible," the charges state.

Follum claimed she would look up the cases that corresponded to each piece of evidence to see where it was at in the court system.

"If the case was closed and she did not think anyone would come looking for the drugs, then that would be a case from which she would take the methamphetamine," according to court records.

In May, a report was released stating Follum showed red flags that something was up for years, but those warning signs were ignored by her supervisor.

Her colleagues filed complaints, her work performance plunged, she left behind discarded packages, pocketed money and jewelry, failed to send sexual assault kits and other evidence to the State Crime Lab, kept the evidence room in disarray and did not respond to requests from police and prosecutors seeking evidence, according to the report.

"Multiple criminal cases were dismissed as a result of evidence related issues," the investigation stated.

The woman's supervisor, Kevin Burns, no longer works for the sheriff's office as of April 9. Burns said he retired. Burns is also running for Weber County sheriff and claims on his Facebook page that he was made a scapegoat over the situation.

A former Weber County Sheriff's Office evidence technician who admitted stealing and using drugs — predominately eating meth — that had been collected as part of criminal investigations was charged with 40 counts of her own Tuesday.
https://www.deseretnews.com/article/900028932/charges-sheriffs-employee-ate-evidence-namely-meth.html
Tweet
How do you feel about this post?
Happy (0)
Love (0)
Surprised (0)
Sad (0)
Angry (0)
Tags:
deputy retired West Coast
Ex-Quartzsite police employee pleads guilty to ste...
Centralia Police Audit Finds Hundreds of Errors in...