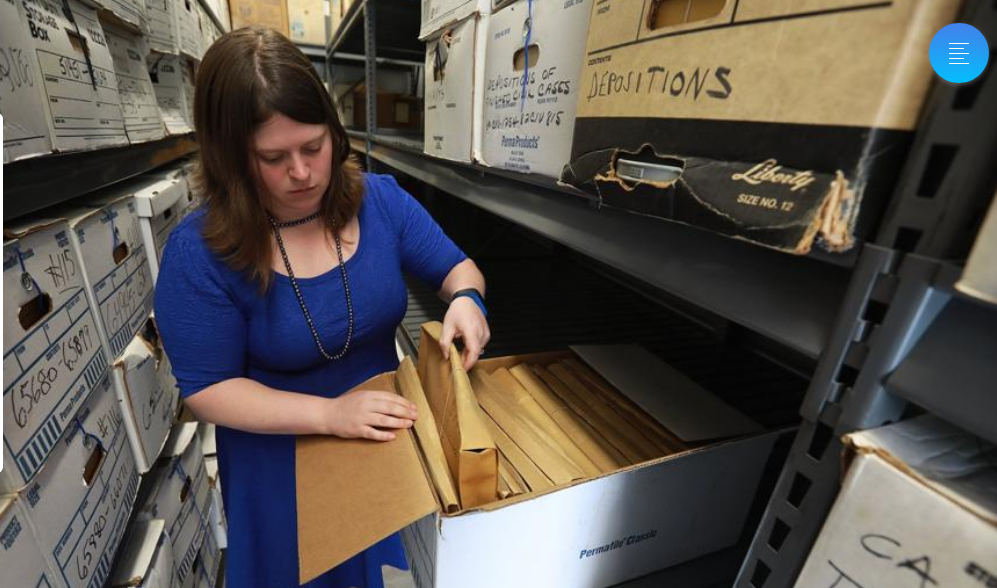 Clark County judges have issued nine court orders against the clerk of courts since June of last year, according to online court records.

However, Clark County Common Pleas Clerk of Court Melissa Tuttle said the court order is another example of the judges harassing her and that she is being targeted because she is a young woman.

"I have not been able to have any mediation or conversations with the judges," Tuttle said. "The times I invited them to inspect the office themselves, it's been answered with having (their counsel) inspect the office instead of the judicial staff coming and seeing it for themselves."

Springfield attorney Dan Harkins, who's representing the judges in the matter, said the order has nothing to do with Tuttle's gender or age. He said the judges have received many complaints about the clerk's office since she took over in 2017 and the judges believe the orders are necessary.

"The clerk took an oath to fulfill the duties of the office by performing the duties as defined by the statuthe and applicable court rules," Harkins said.

"She campaigned to fulfill her commitment and it's up to the clerk to do her job," Harkins said. "The court is just asking the clerk to do the duties she swore to do when she took her oath. The statute and rules were adopted and enforced at the time she took the oath."

The most recent court order says the clerk's office retained evidence for various matters that have been fully litigated and therefore should have been returned or destroyed.

The judges concluded the clerk's office failed to do its job.

Harkins said during an inspection, he found numerous guns and drugs in the evidence room. The weapons and some of the drugs were seized by the Clark County Sheriff's Office during the inspection.

The judges filed the order in part because they believe the weapons and drugs don't belong in the courthouse, he said.

"Right now the court is less interested in sanctioning the clerk," he said. "The more pressing issue is protecting the courthouse and the security of it. It's a public safety issue."

Tuttle says many of the weapons found in her evidence room have been there for years and predates her tenure.

"That's how they've been kept for years and that was permissible by the court," Tuttle said. "They were marked as exhibits. If they did not want them as exhibits that would have been up to the prosecutor's office. But when they were transferred to our office by the court reporter as exhibits, we are then the record keeper."

Tuttle said she reached out to the prosecutor's office before the court orders to try to figure out what to do with the evidence.

She said the firearms and drugs were in a room in the attic of the courthouse and locked up. There was no danger to anyone, she said.

"Not even building and maintenance had a key to that room," Tuttle said. "That key is kept in our vault that only three people have the combos for. It's not a public safety issue. It's been that way for several decades and I was in the process of working on it, but there was no reason anybody from the public would have been up there."

The court order directs the clerk's office to take inventory of its evidence room before June 3. The court ordered Tuttle to set a day where her office, Harkins and deputies or representatives from the sheriff's office can be there for the inventory process.

"The inventory shall identify by case name and caption the boxes that contain evidence that is held in the courthouse. For each case identified in the inventory, the clerk shall determine whether the specific case has been closed," the most recent court order says. "With respect to each closed case that is identified in the aforementioned inventory, then the clerk, on or before July 8, 2019, shall issue a 60 day written notice to the appropriate parties involved in the closed cases."

Tuttle said the order isn't practical and she doesn't plan on following it.

"Based on the harassment on the other inspections and dealing with judge's attorney and dealing with how I've been treated during those other two inspections, I would rather do my own work in due course and following the laws and doing it myself when my staff has time," Tuttle said. "If we were to comply, it would be closing the title offices and my legal office in order to be able to comply with their deadline."

Harkins told the Springfield News-Sun that the judges expect Tuttle to follow the order and he does not believe the order is asking too much.

Harkins said the judges hope Tuttle will follow their orders for the betterment of the Clark County criminal justice.

The latest filing is part of an ongoing dispute between Tuttle and the Clark County Judges.

The judges jointly filed three separate orders in June complaining of repeated delays in the filing of court documents and other concerns.

They even went as far as to threaten to find Tuttle in contempt of court.

They then in September ordered Clark County Municipal Clerk of Court Guy Ferguson to review the operations of the Clerk's office.

The review of the clerk of court's office completed by a volunteer team of Clark County Municipal Court employees found records were not maintained and pleadings were not date stamped properly. Tuttle told the Springfield News-Sun she disagreed with the findings and that her office is running more efficiently than ever.

In March, the judges ordered Harkins to inspect the organization of the clerk's off-site record storage facility at the Springview Government Complex.

Harkins wrote in his findings that the records were being kept in disarray.

Photos at the time showed boxes scattered throughout the storage unit and appeared to be cluttered and not organized. The Springfield News-Sun toured the facility Friday and found the boxes to appear to be reorganized.

"This has been in my plans since the first time I saw it back in February of 2017, " Tuttle said. "I had to climb over it and search for records. I had many requests for records that I couldn't find in here."

Tuttle said her office had higher priorities than reorganizing the off-site storage unit because the cases are older and are not called for as often as the files in the courthouse office. She said she opted to spend her time getting credit card machines in the office, renegotiating the title department lease, personnel issues and the biggest project was switching the online court website to CourtView.

Thank you for reading the Springfield News-Sun and for supporting local journalism. Subscribers: log in for access to exclusive deals and newsletters.

Clark County judges say they're just asking her to do her job. She says she's doing more than her male predecessor.
https://www.springfieldnewssun.com/news/local/clark-county-clerk-says-judges-are-harassing-her-because-she-woman/uZACnc1USHw8OiQFdPIioJ/