Cold-case breakthrough: Arrest made in 1993 murder based on DNA, info on genealogy site

Through additional forensic DNA testing and online genealogy website investigation, the suspect's DNA was identified as being consistent with DNA left at the crime scene, 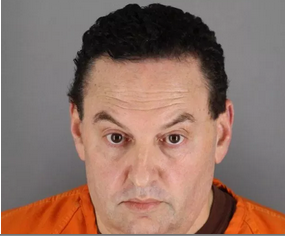 A suspect has been arrested in the 1993 murder of 35-year-old Jeanne Ann Childs in her Minneapolis apartment, based on DNA evidence and information on a genealogy website, authorities announced Tuesday afternoon.

According to the Hennepin County jail roster, Jerry Arnold Westrom, 52, of Waite Park, Minn., is being held on probable cause of murder.

Further details about the suspect were not released Tuesday, pending charges.

Childs was found dead June 13, 1993, in her bedroom of her home in the 3000 block of Pillsbury Avenue South. The original police report did not state her cause of death. Tuesday's news release from the Minneapolis police department said "Childs had injuries to her body the Hennepin County Medical Examiner determined led to her death."

Authorities said the murder was looked at again in 2015 by cold case task force investigators from Minneapolis police and the FBI in collaboration with the BCA. Last year, DNA found at the crime scene was examined.

Investigators consulted with FBI experts and a private DNA company. "Through additional forensic DNA testing and online genealogy website investigation, the suspect's DNA was identified as being consistent with DNA left at the crime scene," according to the news release.

Authorities said this case shows that there is no expiration date in solving murders.

"We all hope Jeanne's family can finally find peace as a result of this tenacious effort by officers and agents," said Jill Sanborn, special agent in charge of the Minneapolis Division of the FBI. "This case underscores law enforcement's ability to use every tool at its disposal to crack a case."