The Cold Case Team had a confirmation with a match from the victim's DNA and crime-scene evidence. 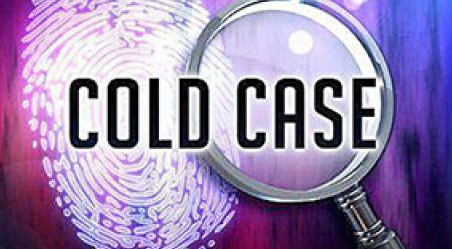 CHINO HILLS – A long-ago mystery into the death of a pregnant female dumped onto the roadway in 2001 came to the fore during the collaboration of Homicide Cold Case Detectives and agents from the FBI Forensic Genetic Genealogy Team.

The extraordinarily difficult case began 09/22/2001 at approx 1:54 AM when Chino Hills Deputies, responding to a "Female Down" in the 15000 block of Monte Vista Ave., encountered a partially-disrobed female deceased on the roadway. The Homicide Detectives' investigation collected evidence and determined that the woman had been seen entering a vehicle occupied by a male Hispanic adult.

The victim, later identified as Sabrina Chagoy (40), was determined by the Coroner Division to have been pregnant with a 31-week-old fetus (girl) at the time of her demise.

"Sabrina Chagoy's death was ruled a homicide. The cause of death for the fetus was fetal demise due to maternal death," said Specialized Investigations Division – Homicide Detail Detective Arturo Alvarado. "Following an extensive investigation, detectives were unable to identify the suspect responsible for the death of Sabrina Chagoy, and the case went cold."

When the murder investigation was reopened in 2017 by the the Specialized Investigations Division – Homicide Detail, Cold Case Team, an unknown male profile was identified and uploaded into CODIS by Sheriff's DNA laboratory personnel. The suspect's DNA profile remained unidentified.

The person of interest fitting Detectives' profile, with ties to the Inland Empire, was administered a reference buccal swab as a submission for DNA comparison. By 03/03/2020, the Cold Case Team had a confirmation with a match from the victim's DNA and crime-scene evidence.

Contreras was picked up on March 9th for a Ramey arrest warrant, interviewed at-length at Sheriff's headquarters, arrested and booked into Central Detention Center for PC187 (a) Murder, and on-hold with $1 Million Bail. The San Bernardino Cou nty DA filed Murder charges on March 11th.