Prosecutors dropped charges; the suspect was recently sentenced to 25 years for a separate crime. 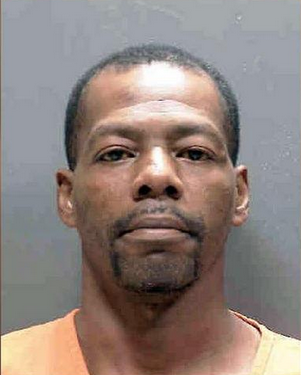 Darryl Lee King, now 42, was allegedly involved in three crimes: a sexual battery with a deadly weapon in 1994, an attempted murder in 2000 and another sexual assault in 2004.

He was found guilty this month of sexual battery with a deadly weapon in the 1994 case where he entered a college student's home and held a knife to her neck, telling her to be quiet or he would kill her. He sexually assaulted the woman, stole $25 from her purse and fled.

Two other women told deputies a man took them to a secluded place, battered them and threatened to kill them. He brandished knives in the 2004 assault and cut the victim's face. Both times the women were able to escape and alert authorities.

DNA evidence was collected but no suspects were identified until 2016, when genetic evidence collected in all three cases was sent to the Florida Department of Law Enforcement for familial DNA test. A "familial DNA analysis" is a search by law enforcement for relatives of crime suspects.

DNA evidence for all three cases was in law enforcement's Combined DNA Index System, but prosecutors could find only physical genetic evidence, clothing, photos and other physical evidence from the 1994 incident.

In the mid-2000s, a lieutenant with the Sheriff's Office who worked in the evidence room destroyed evidence from the 2000 and 2004 cases in an attempt to make more room in the storage area. His actions did not violate sheriff's general orders and was pursuant to an order from the court.

Knight says he regrets the evidence was destroyed because the victims of an attempted murder and a sexual assault will no longer see justice done in their cases.

If King had been charged with the two felonies, he could have faced life in prison.

The Sheriff's Office has recently praised its work in solving the 1999 murder of Deborah Dalzell. Her killer, Luke Fleming, was recently sentenced to life in prison using new DNA techniques.

"I'm sorry, I'm sorry it happened," Knight said. "I know my agency is sorry, and the detectives who worked those cases. We have so much pride in bringing resolutions to cases and crimes."

The Herald-Tribune discovered that the charges were dropped in the 2000 and 2004 cases from a public records request.

A "decline memo" signed by Assistant State Attorneys Karen Fraivillig and Kennedy Legler states that prosecution of the cases could not commence because of the lack of a sufficient portion of evidence.

The lead detective informed the victims of the issue, the memo states.

King was sentenced on March 10 for the sexual assault in 1994 and sentenced to 25 years in prison, a penalty the sheriff said was beyond the maximum sentence, known as an upward departure.

Knight said the Sheriff's Office worked with the State Attorney's Office to make sure King got more time in state prison. But he could be free again when he's 67.

Knight, who was not around when the crimes occurred, recognized unpaid justice. The lieutenant who threw out the evidence is long retired from the agency, the sheriff said, noting he had exemplary service and still lives in the area.

"Our general orders and policies were antiquated and allowed us to do it," Knight said. "It was signed off on. I remember talking about it. There was nothing vicious done, but we have since updated those things, we made corrections to it, we have checks and balances so the State Attorney's Office can review those things so they don't fall through the cracks."

Knight, who is not running for reelection in November, said his agency is regretful, noting the changes should make it difficult for crucial evidence to be lost again.

"We have people that can question it now," Knight said.