Police took DNA samples from semen left by the killer and interviewed several suspects who had seen her early that morning. 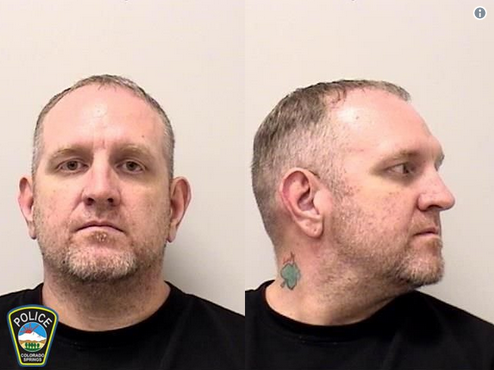 Colorado Springs police have taken one step closer to solving a decades-old cold case with the arrest of a 46-year-old man in connection with the alleged rape and killing of Mary Lynn Vialpondo, police chief Peter Carey said Thursday afternoon.

James Edward Papol, who was 15 when he allegedly committed the homicide, is being held in Pueblo County Jail, police said.

"This does culminate a 33-year investigation," May said.

On the morning of her death, June 5, 1988, Vialpondo had returned home on the 2200 block of West Kiowa Street after attending a family wedding in Pueblo. As she got out of the car, Vialpondo had an argument with her husband and ran away in a westerly direction.

Vialpondo was raped and killed later that morning in Old Colorado City in West Colorado Springs.

Witnesses later told police that they saw her try to enter the Thunder and Buttons bar, but she did not have any money and couldn't pay the cover charge.

She then dashed in and out of Roger's Bar and walked into an alley between 2:30 and 3 a.m., according to a Colorado Springs police report.

A jogger found Vialpondo's body about a block west of the bar in the alley later that same morning.

Vialpondo had been stabbed. Her attacker had thrown her to the ground three times. She cracked her head on a boulder, which was stained with her blood, said her sister, Cynthia Renkel, during a 2009 interview with The Denver Post. After Vialpondo died, the killer sexually assaulted her body, police said.

Police took DNA samples from semen left by the killer and interviewed several suspects who had seen her early that morning.

When police interrogated a witness who allegedly witnessed the homicide, they were left with the impression that he was not telling everything that he knew even after he named the man he said was the killer, Renkel said.

"He was nervous and sweaty when police questioned him," Renkel said. "Police think he knows who was there."

DNA testing was in its infancy at the time, but the tests allowed police to exclude certain suspects, including Vialpondo's husband and the man named by the witness as the killer.

In 2017, Colorado Springs detectives sent the DNA evidence to a phenotyping company that used the genetic material to predict the person's physical appearance. The company predicted the suspect's ancestry, freckling, face shape and eye, hair and skin color.

By combining these appearance attributes, a "snapshot" composite drawing was produced depicting what the suspect may have looked like at approximately 25 years old.

Papol has a long arrest history in the state dating back to 1991, according to Colorado Bureau of Investigation records. He was arrested on suspicion of a number of misdemeanor crimes, including assault, shoplifting and failure to appear in court.

In 2003, Papol was arrested by Colorado Springs police and charged on suspicion of multiple felonies, including kidnapping, robbery, vehicle theft, assault, menacing with a handgun and domestic violence crimes against a person. Papol was found not guilty of multiple charges by reason of insanity, according to CBI records.

In December of 2015, Papol was arrested by Colorado Springs police on suspicion of allegedly escaping from the Colorado Mental Health Hospital.