The lawn mower, part of evidence Warren police had collected in a series of home burglaries, was discovered missing when police were planning to return it to its owner. 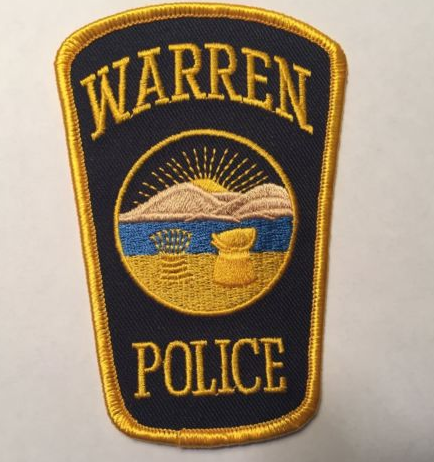 Griffing received a $100 fine and a sentence of 180 days in Trumbull County jail on Wednesday, but all of the jail time was suspended.

The lawn mower, part of evidence Warren police had collected in a series of home burglaries, was discovered missing when police were planning to return it to its owner.

Griffing, who has worked for the city for nearly 30 years, signed an employment termination agreement with Warren's Safety Service Director Enzo Cantalamessa effective July 18, a result of a separate disciplinary hearing held by the city. However, Griffing has been able to continue to work until the criminal case has been completed, allowing due process in the court to run its course, according to the Safety Service Director.

Cantalamessa said with the conclusion of the court proceedings, Griffing is no longer a city employee.

The city's human relations department reported Griffing has turned in a letter stating he would retire as of Sept. 30.

Griffing, 72 Kings Drive SW, was convicted in 2013 of stealing a large number of newspapers over a yearás time from Tribune Chronicle coin boxes.

WARREN - A Warren city employee was found guilty today on petty theft charges involving theft of a lawn mower from the city operations department. Griffing r
http://www.tribtoday.com/news/latest-news/2018/09/wed-115-p-m-warren-city-worker-convicted-of-theft/
Tweet
How do you feel about this post?
Happy (0)
Love (0)
Surprised (0)
Sad (0)
Angry (0)
Ex chief goes on trial over missing 10k
Colorado Springs police arrest man in connection w...
Comment for this post has been locked by admin.