Holbrook insisted the drugs were being disposed because the cases have closed, not because of any space issues in the evidence vault, 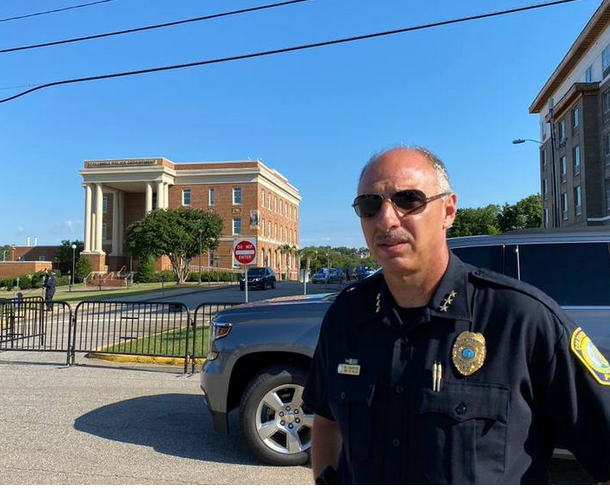 On Tuesday, Columbia City Council made way for the Columbia Police Department to literally eradicate at least some of them.

Council unanimously approved a measure allowing police to destroy 1,362 narcotics or pieces of drug paraphernalia that have long been stored in the department's evidence facility along Bluff Road.

The cases to which those drugs were connected have been settled in the court system, according to CPD Chief Skip Holbrook.

"These are cases that have been adjudicated in some shape or form," the chief told The State.Holbrook said the drugs would be incinerated.

The sixth-year chief noted the department occasionally purges the evidence room of drugs from completed cases, saying the practice is one of a few "high liability" decisions it has to take before city council for approval.

Another example of an item where CPD needs council's approval is when it updates its use-of-force policy, as it did in June when it was changed to expressly ban officers from using chokeholds and carotid-artery holds except in situations where officers determine that deadly force is needed. That decision came amid the outcries for racial justice and police reform following the death of Black citizen George Floyd in police custody in Minnesota.

According to city paperwork, the drugs and other material set to be destroyed included everything from cocaine to crack pipes to pills to full marijuana plants and beyond. In all, the list of items to be incinerated was 39 pages long.

Still, despite the robust number, Holbrook insisted the drugs were being disposed because the cases have closed, not because of any space issues in the evidence vault, though he did admit certain drugs sometimes pose storage issues.

"Sometimes, (storage) becomes an issue for bulk marijuana, and it stinks the place up," Holbrook said. "But this is strictly getting rid of contraband."