"In simple terms ... DNA was under Christine Munro's fingernails at the time of her murder," the Redding Police Department wrote about cracking the case. 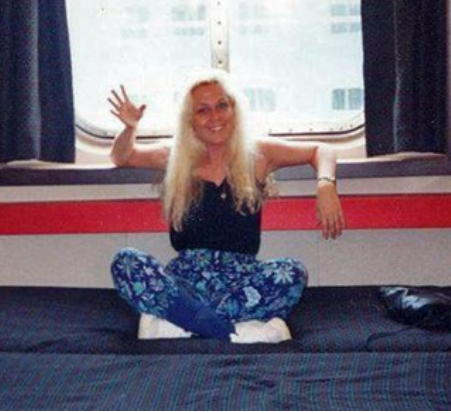 Police in northern California say that DNA evidence cracked open a cold case murder from 1995 and led them to a suspect who was imprisoned in Texas.

"In simple terms, Watkins' DNA was under Christine Munro's fingernails at the time of her murder," RPD wrote.

Police said that Munro's death in 1995 "devastated our community."

The 37-year-old nurse and mother of four was found stabbed on the Sacramento River Trail on June 24, 1995.

"At that time, RPD investigators spent hundreds of hours collecting evidence and interviewing dozens upon dozens of witnesses and potential suspects," RPD wrote.

But the case went cold.

RPD said detective Rusty Bishop began to crack open the case in 2019 shortly after he re-submitted fingernail scrapings from Munro to the Department of Justice's Combined DNA Index System, or CODIS.

CODIS subsequently found a possible DNA match with a Texas state prisoner: James Watkins, who was serving a 14 year sentence for a robbery conviction.

Authorities then traveled to Texas where they secured a search warrant to obtain Watkins' DNA, which genetically matched the skin scrapings recovered from underneath the victim's fingernails.

Watkins was flown back to Redding on November 13 and booked on charges of rape, kidnapping and murder, and remains in Shasta County Jail as he awaits trial. The Shasta County District Attorney's office did not immediately return a request for comment and it was unclear if Watkins had legal representation.

RPD wrote to Munro's family that they "know it has been a long time since the loss of Christine. Thank you for your support during this investigation. We sincerely hope this brings you some measure of closure."