The purge is tied to the outcome of an audit which revealed there may be more missing from the evidence room than the initial $900 in cash that couldn't be found, triggering the need for an audit by an outside agency. 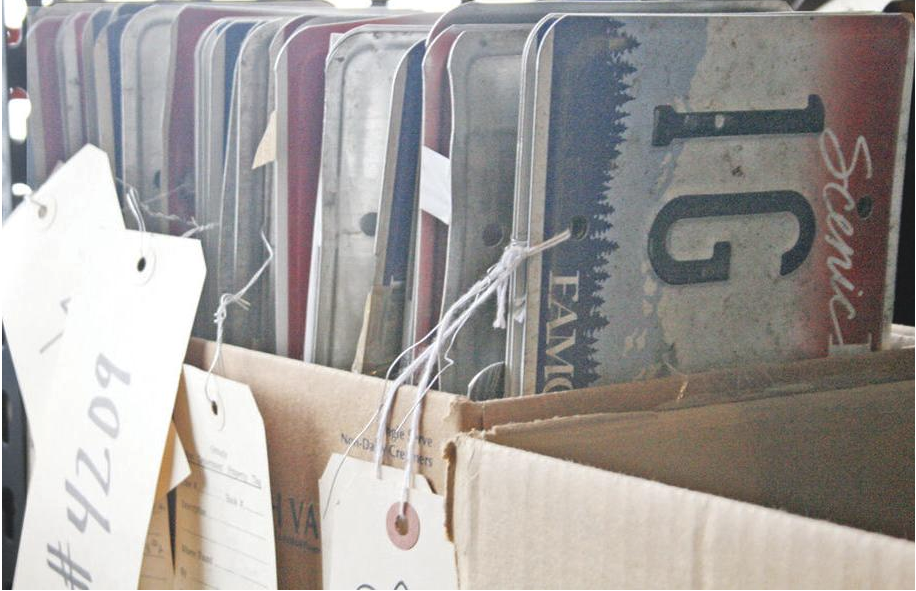 ONTARIO — Following an executive session on Friday afternoon, the Ontario City Council gave the city manager marching orders to keep pushing to get the purge related to the evidence room audit at the Ontario Police Department to get done in a timely manner. The purge is tied to the outcome of an audit which revealed there may be more missing from the evidence room than the initial $900 in cash that couldn't be found, triggering the need for an audit by an outside agency.

A criminal investigation by Oregon State Police has been underway since late August, but is on pause at this time due to the purge being needed before the agency can proceed.

"I believe the request is already out there to put that together, but I will be pushing that as much as I can," City Manager Adam Brown told the council.

The council briefly discussed who would be conducting the purge.

Brown told them that it could be done through the Oregon Association of Chiefs of Police, which had put together a team of law enforcement officials to conduct the initial audit.

"The important part is we're not involved," the city manager said.

Councilor John Kirby asked how long it might take to get the purge completed, asking whether it might be one, two or three weeks. Brown responded that it may take that long for the association just to get a team together, stating that he didn't have a good feel about how long it would actually take.

Kirby asked how much the audit team was compensated and whether Brown had an idea of the financial requirements it would take to bring them back.

Brown noted that when the team came out to conduct the audit, they did so in-kind with the city paying only for per diem and mileage. He noted that the expense was less than $10,000.

"It was fairly cheap for what they did," Brown said, adding that a private company could cost three or four times as much.

If the professional service is under $50,000, the city manager said they would not need to do a request for proposal; however, stated that it may "behove" the city to get more than one quote.

Councilor Susann Mills asked why the city needed to hire another entity to conduct the purge if Oregon State Police was already investigating the issue of missing evidence.

"To me that would be part of their job," she said.

However, Brown explained why the agency could not.

"They can't be in part of that audit and purge and maintain the integrity of an independent investigation," he said. "It has to be a separate party."

Councilor Michael Braden reiterated that Brown had mentioned he would do his best to prompt Oregon Association of Chiefs of Police to accelerate the purge.

"To me, that seems the most reasonable, responsible route versus hiring another entity," Braden said. "It might not accelerate it as fast. But to me, it feels like the prudent path to take."

The audit on the evidence room was conducted July 12-16, having been spurred when police were unable to locate $900 in cash that was to be returned to a victim since court cases had wrapped up. In random sampling conducted during the audit, it was discovered that other items may have been missing, as well, and that a second phase would be needed to determine that.

That second phase is currently underway, according to Brown. Outgoing Police Chief Steven Romero and Lt. Jason Cooper have been working on that, Brown said. For this phase, they are conducting a 100% inventory of everything in evidence room; after that, it will need to be purged so that OSP can continue its investigation.

Brown confirmed with the newspaper on Monday that there are two police officers — one full-time and one part-time — on paid administrative leave, which means they are off work but collecting their full salary package. He couldn't say whether the officers' leave was connected to the missing evidence, but stated that one of them has been on leave since May.

Due to a criminal investigation being underway, the outcome of the audit cannot be made public at this time, according to Brown and Romero.

Some items are decades old

The outgoing police chief has previously stated that there are many deficiencies at Oregon Police Department, stemming from a lack of technology — including cameras, digital tracking, key cards or fobs and a true locking system — as well as only having the evidence room staffed with a part-time person. He said he was working with Brown and staff to get estimates for cameras, key fobs and other needed security measures.

"Looking at historical staffing, I can tell you this: It falls well outside best industry standards and practices," Romero told the council during its meeting on Oct. 12.

After explaining the dynamics of the multi-step process of collecting and storing evidence, Romero stated that major findings in their audit pointed to a lack of adequate staffing day to day.

The evidence room has 20,000 pieces of evidence, Romero told the council, because Ontario Police Department is "years behind on purging of items."

"We found items we've had for decades that need to be purged," he said. "They are taking up space and impeding our ability to have an efficiently running evidence facility."

The good news, he told the council, was that with the proper financial investment, corrective action could be taken. One strategy he proposed for the next chief to help remedy is how to get the evidence room staffed by two full-time equivalents. He surmised this could be done by reassigning a sergeant "for no less than 6 months, 9 months, maybe a year," to help.

Mayor Riley Hill wanted to know how much that might end up costing the city, and Romero stated that if they created a new position, it would be about $47,000 per year, plus benefits.

Emphasizing the need to get the evidence room fully staffed, Romero told the council there are three major liabilities for all police departments: jail, evidence system and use of force.

Councilor Ken Hart noted at the time that the council would not likely be able to address the "ongoing staffing issue" until next year's budget.

ONTARIO — Following an executive session on Friday afternoon, the Ontario City Council gave the city manager marching orders to keep pushing to get the purge related to the evidence
https://www.argusobserver.com/news/council-urges-city-manager-to-find-entity-to-complete-purge-for-police-evidence-room/article_bbb51fe4-35df-11ec-b110-13b86fced92a.html
Tweet
How do you feel about this post?
Happy (0)
Love (0)
Surprised (0)
Sad (0)
Angry (0)
Tags:
missing evidence West Coast evidence purge
8 Cars Engulfed In Flames At County Impound Lot: F...
Sheriff's No. 2 Apologizes For, But Doesn't Disavo...