DNA evidence was discovered at the time at the crime scene, and a suspect DNA profile was identified. 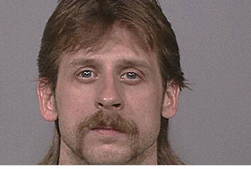 After nearly three decades, a cold case arrest has been made for the 1991 murder of Sarah Yarborough, a 16-year-old Federal Way student.

The King County Sheriff's Department arrested a 55-year-old suspect, of Covington, for the murder of Yarborough on Dec. 14, 1991. The suspect was arrested on Oct. 2 at an undisclosed business in Kent.

Patrick Leon Nicholas has been charged with murder in the first degree, according to documents provided by the King County Prosecutor's Office.

He was booked into King County jail on Wednesday night with bail set at $5 million.

"Over the last weekend, our major crimes detectives and sergeants … surveilled the subject and collected discarded items that contained his DNA," said sheriff Mitzi Johanknecht at a press conference Thursday morning.

On Wednesday, Oct. 2, the Washington State Patrol crime lab reported the DNA taken from the items matched the DNA found at the crime scene 28 years ago.

In December 1991, Yarborough's body was found raped and strangled in a wooded area of the Federal Way High School campus around 8 a.m., Johanknecht said. According to charging documents, Yarborough was strangled with her own nylons and semen was found on her clothes laying near her body.

Investigators believe Nicholas had premeditated the rape and murder before he found Sarah, the documents continue.

She was a member of the high school's drill team and arrived early that morning to travel to an event.

Shortly after 9 a.m. that December morning, two 12-year-old boys cutting through the campus saw a male walking out of the bushes at the school. The kids went into the bushes to explore and they discovered Yarborough's body.

The boys went home and told their parents, who then called 911. Investigators were also able to locate a jogger who passed by the area that morning and saw the suspect kneeling over the girl. He thought they were a couple so he jogged on. The jogger provided a description of the suspect. Sketches were created from these witness accounts.

DNA evidence was discovered at the time at the crime scene, and a suspect DNA profile was identified.

"Few things in law enforcement are more rewarding than informing a parent that you believe you have solved the murder of their child," Johanknecht said. "Last night our detectives were able to tell Sarah Yarborough's parents the news they've been waiting to hear for 28 years."

Throughout this case, DNA evidence was reevaluated several times due to the advancement of technology, said King County Sheriff's Detective Kathleen Decker, head detective of the investigation.

In 2011, Detective Jim Allen reached out to Dr. Colleen Fitzpatrick, of Identifiers International, regarding genetic genealogy to determine physical attributes of the suspect, Decker said.

Later, Fitzpatrick was able to determine the general ancestry of the suspect. In 2018, Decker contracted with Fitzpatrick again to utilize cutting edge DNA and genetic testing in an attempt to find the killer, she said.

According to charging documents, police investigators surveilled Nicholas for two days and one investigator approached him to ask for directions. The investigators watched Nicholas while he smoked a cigarette outside of a Kent business. Nicholas went back into the business and came out to smoke a second cigarette, and he also dropped a napkin from his pocket onto the ground. Both times Nicholas left the cigarette ends on the ground. When Nicholas had left, investigators were able to obtain the three items, which provided new DNA evidence to be used in the case.

Fitzpatrick contacted Decker on Sept. 27 this year and provided "a promising lead on this case," Decker said.

"There were almost 4,000 tips by the time of this arrest," Decker said of the public's help. "None of these tips identified the suspect."

On Oct. 2, detectives located Nicholas and took him into custody without incident, Decker said. A search warrant was served at his residence where he has lived for the last several years in a dilapidated building on a large piece of property in Covington. The investigation remains ongoing.

In the 1983 case, Nicholas' approached his victim, a teen girl, while she was in her car. He threatened her with a knife and forced her to disrobe before walking her to a nearby river. The victim jumped into the river to escape Nicholas and successfully swam away to safety. Nicholas left the state but was arrested and charged, according to the charging documents.

There doesn't seem to be a connection between the Yarborough and Nicholas, Decker said, although the investigation is still early and ongoing.

Laura Yarborough, Sarah's mother, addressed the crowd at the press conference on Thursday and thanked the King County Sheriff's detectives and officers.

"They have never given up," Laura Yarborough said. "Even when I had given up, they still didn't give up."

"I think for me I'm still a little numb," Laura Yarborough said of her reaction upon hearing the news of the suspect's arrest. "I'm sure that other feelings will follow …"

"Sarah was a person who loved life, she loved people, she loved to travel …" she said, also noting her daughter's love for reading, academics and for her family.

The investigation is onging and the Mirror will update this story as new information becomes available.