RENTON, Wash. - Hazardous materials teams and medics converged on Renton City Hall on Tuesday morning after receiving reports that an employee there had possibly been exposed to some kind of powerful drug, officials said.

Hazmat units from Renton, Puget Sound, Skyway and the Port of Seattle responded to the building at 1055 South Grady Way, along with King County's Medic 1 and Renton police.

Arriving at the scene, first responders learned that a police evidence technician had opened a box of phones and immediately began feeling ill.

The technician was rushed to Valley Medical Center and treated for exposure to possible methamphetamine. He has since been released from the hospital.

The hazmat response blocked traffic and disrupted bus routes along Grady Way during the incident, but the area is now clearing. 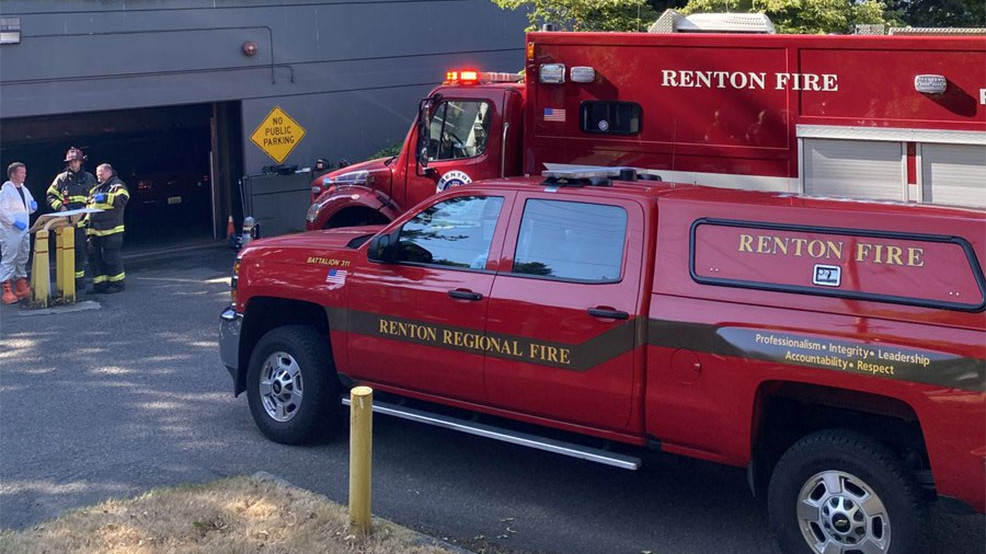