DA was able to close the case involving the murder of 14-year-old Claire Hough, a Rhode Island native who was murdered in 1984 while on vacation in San Diego 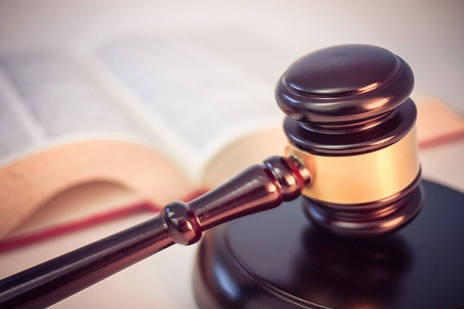 A 57-year-old Poway man has been charged with murder and rape in connection with the 1987 murder of Julia Hernandez-Santiago, whose body was found on an ivy-covered embankment in the 2100 block of Alga Road in Carlsbad 33 years ago.

James Kingery was arraigned Tuesday in the Vista Courthouse.

"When a murder goes unsolved, not only is justice delayed, but families are left in turmoil with no closure," District Attorney Summer Stephan said. "Working with Carlsbad Police Department detectives, who never gave up, our office is bringing a measure of justice to Ms. Hernandez-Santiago's family and giving hope to other victims in unsolved cases."

Since it was established in 2003, the Cold Case Homicide Unit has played a role in solving and prosecuting numerous murders. The victims have come from all walks of life and from all areas of the county. The victims have included children and the elderly. The oldest case solved and prosecuted by the unit involves a murder that occurred in 1971, although cases have been reviewed that date back to the 1960s.

In 2014, the Cold Case Homicide Unit was successful in achieving convictions against two men who ambushed and murdered Benjamin Clark in 2001. Through a collaborative effort with the San Diego Police Department, the DA was able to close the case involving the murder of 14-year-old Claire Hough, a Rhode Island native who was murdered in 1984 while on vacation in San Diego. In addition to actively prosecuting other cases, the Unit was finally able to prosecute Vincent Walters who had eluded arrest since he kidnapped and murdered Kristine Reyes in 1988. Walters was captured in Mexico on a warrant issued immediately following the murder and was extradited back to San Diego to answer for his crimes. He was convicted in 2015 and sentenced to 32 years-to-life in prison.

The District Attorney's Office prioritizes solving old cases through it's Cold Case Unit, which has dedicated and experienced investigators and prosecutors that use the latest forensic evidence technology to deliver justice to victims.

If convicted of all charges, Kingery faces 33 years-to-life in prison.