Jonathan Pitts is the first defendant known to be impacted by the city's loss of police department data. 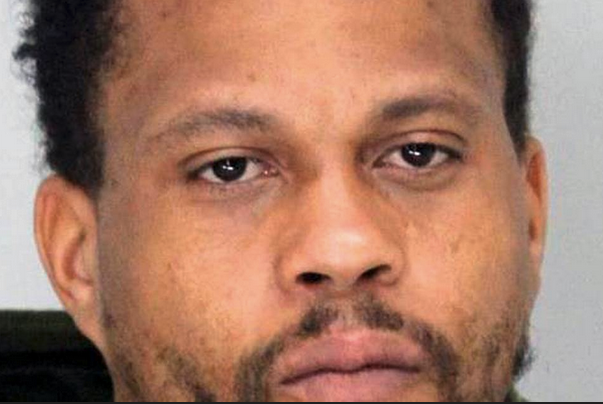 Update 6:30 p.m.: This story was updated with additional details about how this could impact other court cases, a statement from Dallas police and to reflect that Pitts remained jailed.

A murder suspect scheduled to go on trial this week will now be released from the Dallas County jail after it was revealed the city may have lost evidence in his case.

Jonathan Pitts, 36, will be freed on a personal recognizance bond, meaning he does not have to pay any bail, because prosecutors weren't ready for trial Thursday when prospective jurors reported to the Frank Crowley Criminal Courts Building.

Pitts' expected release is the result of data lost by the city of Dallas during a data transfer that could impact a still-unknown number of cases. Pitts is the first defendant known to possibly be affected by the data loss. But it was unknown Friday if any evidence in Pitts' case was actually missing, and it's still possible Pitts' case could go to trial.

Still, his release and the delay of his trial are one of the worst-case scenarios realized for Dallas police and prosecutors since the discovery that eight terabytes were permanently deleted when an employee improperly moved files from an online, cloud-based storage archive into an on-premise server in Dallas' data center. City officials said the employee did not follow established procedures.

The missing data has been linked to cases opened before July 28, 2020. A spokeswoman for Dallas County District Attorney John Creuzot said Friday that whether trials from incidents before that date could go forward depends on how fast police and prosecutors can "cross check" the evidence. An audit is ongoing.

The data loss occurred in the spring and prosecutors were only told about it last week. They informed defense attorneys about the missing information Wednesday and are waiting to discover which cases will be affected. Lawyers could ask judges to dismiss cases or to overturn guilty verdicts.

"This might be the start of a trend," defense lawyer and former prosecutor Toby Shook said.

That could create a massive problem for the courts, which just re-started trials in April after COVID-19 halted proceedings for more than a year. Judges have prioritized their oldest cases in which people are sitting in jail. Most murder cases that have recently gone to trial stemmed from 2018 and 2019. The courts can try cases from other cities, but Dallas is the largest city in the county.

The situation could temporarily throw into question all pending Dallas police cases prior to July 28, 2020, Shook said. Although, he said, if detectives uploaded evidence to the system they share with prosecutors as they received it, then the impact should be limited.

"In an abundance of caution, they have to make that search. But a lot of these cases, if they followed the protocol, the DA's office is going to have all the evidence," Shook said.

Dallas police Sgt. Warren Mitchell, a spokesman for the department, said detectives uploaded evidence to the DA's office as they filed cases. But it has not been determined yet whether that happened in every case.

"While we understand the state requirement compelling the prosecution and the district judge to take certain actions upon the need to declare ready for trial, the department confirms that all the evidentiary items and data are available for prosecution on this murder case," Mitchell wrote in a prepared statement. "As the combined internal review continues within the department and our city partner, Computer Information Services, we believe many filed cases with the Dallas County District Attorney's Office will be ready and available."

Dallas Mayor Eric Johnson told The Dallas Morning News on Friday that Pitts' release underscored the seriousness of the data loss and said he wants a public explanation for what happened.

"The case shows the gravity of this situation," Johnson said. "The people of Dallas deserve answers about what happened, why top city staff kept it quiet for months, and what can be done to resolve these critical issues that affect public safety."

Pitts is accused of fatally shooting Shun Handy, who went by the name "Big Youngster," during an argument Jan. 28, 2019, at Han Gil Hotel, a northwest Dallas hotel that was shut down and demolished after federal authorities raided the place and indicted 10 people, including the owner, on drug charges. The hotel had long been known to law enforcement as a hub for drugs, sex trafficking, murder and overdoses.

Handy's family could not be reached for comment Friday.

Pitts is required to wear an electronic monitoring device, per a judge's conditions, and will be released from jail as soon as the probation department can fit him with an ankle monitor, his lawyer George Ashford III said. Pitts was still in jail Friday evening.

State District Judge Ernie White was forced to grant Pitts' release on the personal recognizance bond because state law mandates a person's release from detention when prosecutors aren't ready at the time the case is supposed to go to trial, Ashford said.

State law requires prosecutors to turn over to defense lawyers all evidence against a suspect, even if the prosecution doesn't intend to use it. Defense lawyers will want to know if their cases are among the ones with missing data because information, and the lack of it, can affect a verdict or determine if a case will even make it to trial.

An email exchange between Stiffler and lead detective Scott Sayers early Thursday, before jurors would have arrived for jury duty, shows the prosecutor asked whether Pitts' case was impacted.

Scott Sayers responded by saying he had no way of knowing what data was lost until the department completes its audit, and the timeline of the audit is uncertain. It's possible no evidence was lost because Sayers said he uploaded everything he had on the case to a shared system with prosecutors long before the loss of data. But the detective and prosecutor would have to compare evidence logs to be sure, he said.

Stiffler included the emails in a motion seeking the judge's permission to delay the case.

Ashford, Pitts' lawyer, said he would have filed the same type of motion asking for a delay after prosecutors on the case alerted him Wednesday that his client might be impacted.

But then the state decided in an abundance of caution that they should just go ahead and request a continuance," Ashford said.

Had the case moved forward and Pitts convicted, they would run the risk of an appellate court overturning the verdict.

"So rather than create some kind of appellate issue, let's just call it off," Ashford said.

Delay in prosecutors finding out about data loss

Creuzot told defense attorneys in a memo on Wednesday that his office only learned of the data loss on Friday after prosecutors asked why pending cases were missing files.

Creuzot said in his memo Wednesday that 22 terabytes of data were initially deleted by the city between March 31 and April 5, and that all except the eight terabytes had been recovered.

One terabyte equals about 1,000 gigabytes of data. That's the same as about four laptops containing 256 gigabytes each, about 250,000 photos or 400 hours worth of HD video streaming.

City officials said in a written statement Wednesday that an IT department employee lost the files while moving them from a cloud-based storage archive to a city server. The employee didn't "follow proper, established procedures," the city said.

Former city council member Jennifer Staubach Gates told The News that she was informed in the spring that an internal investigation was done and the employee who deleted the data "was held accountable." She didn't know what the consequences had been.

The employee involved hasn't been identified by the city and it's not clear if the person is still employed by the city.

Dallas police Chief Eddie García, who on Wednesday called the incident "unfortunate," sent an email to all department employees on April 19 warning staff about the missing files.

The district attorney's office wasn't told sooner about the lost data because "it was our intention to fully evaluate whether the data was recoverable or not [and] to know the full extent of the problem if any," the city said in a statement.

Tweet
How do you feel about this post?
Happy (0)
Love (0)
Surprised (0)
Sad (0)
Angry (0)
Tags:
missing evidence
Florida police solve 35-year-old murder cold case ...
A Guide to Fentanyl Touch Overdoses, Which Do Not ...