A smooth talker with a near-genius IQ, Alcala preyed on young attractive
women, luring some of them by telling them he was a professional
photographer who wanted to enter their pictures in a photography
contest. After killing them, Alcala placed their bodies in grotesque
poses, sometimes photographing them. 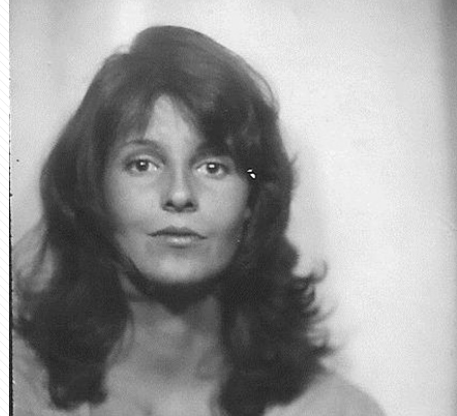 Alcala, a former photographer and typesetter for the Los Angeles Times, was previously convicted of the strangulation murder of a 12-year-old ballet student in Huntington Beach, California, as well as four Los Angeles-area women. He was nicknamed the "Dating Game Killer" because he was the winning contestant on the ABC prime-time game show in 1978 during his reign of terror.

A smooth talker with a near-genius IQ, Alcala preyed on young attractive women, luring some of them by telling them he was a professional photographer who wanted to enter their pictures in a photography contest. After killing them, Alcala placed their bodies in grotesque poses, sometimes photographing them.

On Tuesday, prosecutors said Alcala is responsible for the murder of 28-year-old Texas native Christine Ruth Thornton. Alcala met Thornton in San Antonio around August 1977 and then allegedly dumped her body on a ranch in Granger, Wyoming. She was strangled to death.

"All of this was before the 1978 appearance on The Dating Game," Sweetwater County and Prosecuting Attorney Danny Erramouspe tells PEOPLE. "I think the last thing he would have guessed is that somewhere up in Wyoming a case like this would be solved."

A rancher found Thornton's body in a field in 1982, but her identity remained a mystery for more than three decades. She was finally identified in 2014 after DNA linked her to her sister.

"Fortunately Ms. Thornton's sisters had provided their DNA to the CODIS system and they were able to get an identification because her sisters never gave up looking for her," says Erramouspe. "If it wasn't for Christine's family continuing to look for her … we wouldn't be here. "

Erramouspe says Thornton's family recognized a photo of her at six-months pregnant sitting on top of a Kawasaki motorcycle wearing a yellow top: Thornton's photo was one of hundreds released by the Huntington Beach Police Department in 2010 after Alcala was sentenced to death. The photos were found in a Seattle storage locker owned by the convicted serial killer.

Erramouspe says he and the police have no doubt that Alcala took the photo in Wyoming in August during his cross-country road trip from New York to Los Angeles. "The area is very distinct," he says, adding, "The photo was taken very close to where her remains were found."

On Sept. 6, Wyoming authorities flew to California State Prison in Corcoran where Alcala has been housed since receiving a pacemaker in 2015.

"We were able to speak to him and he was able to answer some of our questions," says Erramouspe. "He admitted he took her picture. He admitted that he knew her. He said they did not leave together. When I questioned him – "Was she alive when you left?" – he stated, 'She was alive before I left.'"

Erramouspe says they gave Alcala an aerial photo of the area and he told them, "This is my area."

"We asked what he meant by that and he stated, 'I have been here before,' " Erramouspe says.

Erramouspe says Alcala was "somewhat cooperative" during the interview. "I think he enjoys the process of the questioning, but he is not going to give you everything you want"

In 1980, Alcala was sentenced to death for the murder of Robin Samsoe, who disappeared on her way to ballet class riding a yellow bicycle. But his conviction was overturned twice on different technicalities before he was finally sentenced to death for her murder and the 1970s rapes and murders of Georgia Wixted, Jill Parenteau, Charlotte Lamb, and 18-year-old New York runaway Jill Barcomb, all of them in Los Angeles.

While on California's death row, Alcala pleaded guilty in New York in 2012 to the rape and murder of Cornelia Crilley and Manhattan socialite Ellen Jane Hover.

Crilley, a TWA flight attendant, was found raped and strangled with her own pantyhose in her apartment on New York City's Upper East Side on June 24, 1971. At the time of her murder, Alcala was wanted for the rape and attempted murder of an 8-year-old girl in Hollywood, for which he was later convicted.

Hover's skeletal remains were discovered in 1978 on the Rockefeller estate in Westchester County, New York.

Former Los Angeles Police Department cold case detective Cliff Shepard tells PEOPLE that the charges in the Wyoming homicide don't surprise him. "I am sure there are other victims out there," he says.