The Braintree Police evidence room will be relocated and additional
safeguards installed, the town council was told Tuesday night. 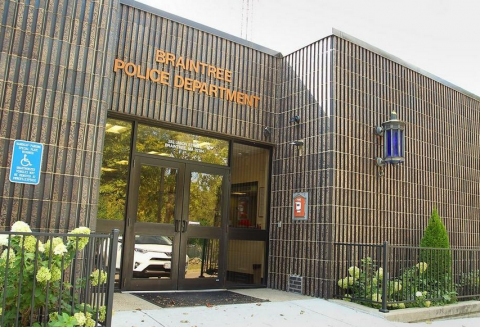 RAINTREE – The police department's evidence room will be moved to the former pistol range on the lower level of the police station, Mayor Joseph Sullivan told the town council Tuesday night.

Interim Police Chief Paul Shastany told the council that state-of-the-art evidence tracking systems are being evaluated. He said he hopes that Braintree will set a standard that other police departments will want to follow.

"My intent is to create the best evidence system available," Shastany said.

In a capital budget slated for council action Dec. 6, Sullivan is seeking $200,000 for relocation of the evidence room and other improvements.

An audit performed earlier this year showed that drugs, cash and firearms were missing from the police station's evidence room. The department's former evidence officer, Susan Zopatti, died of a self-inflicted gunshot wound shortly after the audit began.

The scandal led to the retirement of former Police Chief Russell Jenkins, Deputy Police Chief Wayne Foster being placed on administrative leave, and the appointment of Shastany, a former Stoughton police chief.

Charges against more than 100 criminal defendants have been dropped because of evidence-related questions.

Sullivan and Shastany said they couldn't go into detail about the evidence room because an investigation by state troopers assigned to the state attorney general's office is ongoing.

District 2 Town Councilor John Mullaney asked Shastany if he had ever required drug testing of his officers.

A supplemental budget approved by the council Tuesday night includes two items related to the evidence room: $40,000 for expert witnesses for related litigation and $30,000 for officer training.