Police Department. Defense attorneys say cases are stalling and they're not sure some evidence can be salvaged. 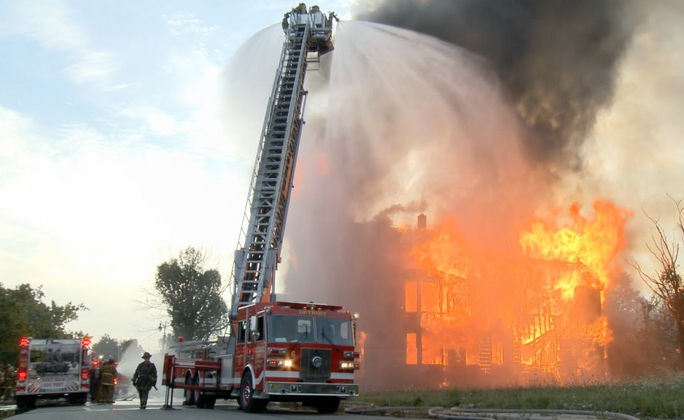 Defense attorneys say cases are stalling and they're not sure some evidence can be salvaged.

Criminal defense attorney John Picerno has seven murder cases on his desk right now. At least one of them is now proving more challenging after a fire at KCPD's evidence warehouse last month.

KANSAS CITY, Mo. -- We're now learning the impact of a fire that damaged an evidence warehouse used by the Kansas City, Mo. Police Department. Defense attorneys say cases are stalling and they're not sure some evidence can be salvaged.

"I have a case that's coming up for trial next month and have been informed some of the evidence is missing. I don't know if that means it's been destroyed or misplaced, or damaged, until we find it and get a chance to look at it," said Picerno.

Other attorneys are reporting they've had cases continued because evidence they need to review can't be located right now, which could potentially leave innocent people sitting in jail longer, and before they have their day in court. That in turn costs taxpayers more money to keep them in jail.

"Some cases I don't believe the prosecutor will be able to meet their burden of proving someone guilty beyond a reasonable doubt because the evidence is missing. They can't even make an admissible case," Picerno said.

Defense attorneys can request to have evidence independently tested and if it can't even be found, that's a big problem.

"If we get the test run and lo and behold, it's not our guy's fingerprint that's on that item. It's some other person's fingerprint. So, therefore, if that piece of evidence is missing, it could be the difference between my client being found not guilty and going to prison for life," said Picerno.

Missing or damaged evidence could hurt both prosecutors and defense attorneys, based on what it does or doesn't prove.

That's why KCPD is going through the tedious process of logging every single piece of evidence in the warehouse and will give the list, once complete, to prosecutors for review.

Police have said they don't have evidence to support concerns made by defense attorneys.

Jackson County Prosecutor Jean Peters Baker has said she's not aware of cases being affected, but has indicated her office would provide details on any evidence that's found to be compromised.