Alleged to have taken items including a glass mason jar with a marijuana leaf painted on it, a Fraternal Order of Police emblem, a Crown Royal cloth bag and a liter of vodka. 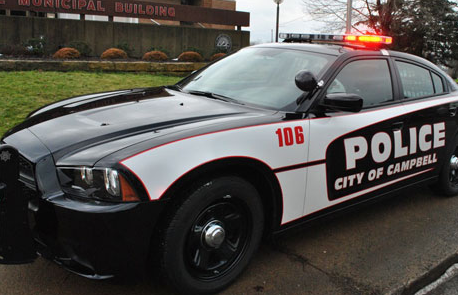 Documents obtained from the Bureau of Criminal Investigation shed further light on the events leading up to the resignation of former Campbell Police Chief Dennis Puskarcik.

Puskarcik – who ultimately was cleared of any wrongdoing outside of noncriminal violations of police department policies regarding evidence storage and destruction – was under investigation for allegedly removing and improperly handling evidence.

According to documents obtained from the BCI, the investigation into Puskarcik began after a Campbell officer who oversaw the department's evidence storage and destruction reported "several questionable activities that I observed or am concerned about pertaining to the evidence room." Though redacted, the individual the officer references in the report is identifiable as Puskarcik.

In a report dated Dec. 21, 2018, the officer outlines a number of incidents between Feb. 5 and Dec. 19, 2018, during which Puskarcik is alleged to have taken items including a glass mason jar with a marijuana leaf painted on it, a Fraternal Order of Police emblem, a Crown Royal cloth bag and a liter of vodka.

Puskarcik did take the jar and the emblem, according to an internal affairs report, though there is no evidence of whether or not he kept the vodka.

Further entries indirectly accuse Puskarcik of keeping a bicycle meant for donation to a neighborhood ministry program, giving seized tools to the city's street department and moving items inside the evidence room.

On Dec. 26, Campbell Law Director Brian Macala sent the officer's report along with notes from the internal affairs investigation to the BCI to request the agency launch its own investigation into the claims.

The next day, Mark Kollar, BCI special agent supervisor, responded to the requests and asked the city to produce a substantial amount of follow-up evidence to help the agency determine if there was any indication of criminal activity.

In addition to asking for further evidence, Kollar also asked for the specific polices that Puskarcik was accused of having violated before agreeing to any investigation.

"When appropriate, we have no issue with conducting an investigation and holding persons accountable for their actions. However, undertaking such an investigation is not taken lightly as the mere existence of an investigation can have adverse consequences to a person's reputation and career, even if ultimately exonerated of the charges," Kollar said in the letter.

Macala responded to the BCI in a letter marked Jan. 8 – the day after Puskarcik resigned – in which he indicated that CPD officers were conducting follow-up investigations, and that after reviewing their findings, he determined any further criminal investigation into Puskarcik was unwarranted.

"It is my opinion, having reviewed the findings of this entire investigation, that criminal charges against [Puskarcik] are unsustainable," Macala wrote. "Continuation of further investigation by Ohio BCI would be a waste of your resources."

Lt. Kevin Sferra is serving as the acting chief until a new chief is selected by the city.http://www.vindy.com/news/2019/jan/29/details-emerge-in-probe-of-ex-chief/