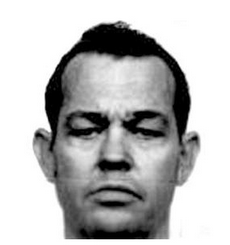 Detectives in Oregon solved a 40-year-old cold case with the help a popular ancestry and genealogy database.

The Portland Police Bureau on Thursday announced that it identified the man responsible for the murder of 20-year-old Anna Marie Hlavka in 1979.

Found dead in the apartment she shared with her fiancé and sister, Hlavka was sexually assaulted and strangled with the electric cord from her clock radio, according to a police report.

"At the time, detectives followed up on many leads and cleared several suspects," the PPB said, "but the case eventually went cold."

It reopened more than three decades later, when the full DNA profile of an unknown male was discovered from evidence collected at the original crime scene.

Things began looking up, though, when the alleged "Golden State Killer"—a California man accused of a series of decades-old rapes and murders—was arrested in May.

A convicted rapist and murderer, McFadden was jailed and paroled twice between 1973 and 1985.

While awaiting a capital murder trial for the 1986 rape and slaying of an 18-year-old woman and the shooting of two other people, he escaped from prison, kidnapping a female corrections officer and holding her hostage for three days.

In what is known as "the biggest manhunt in Texas history," 1,200 officers assisted in apprehending McFadden.

Cold case detectives urge anyone who was living in Portland during 1979 to come forward if they recognize photos of McFadden; investigators hope to learn more about the criminal's whereabouts while in the city.

Inspired by the headline-making news, Portland detectives partnered with Parabon NanoLabs to map family lines of the killer, identified as Jerry Walter McFadden.