Evidence was routinely stored in the trunks of officers' cars rather than in evidence lockers, auditors also reported. 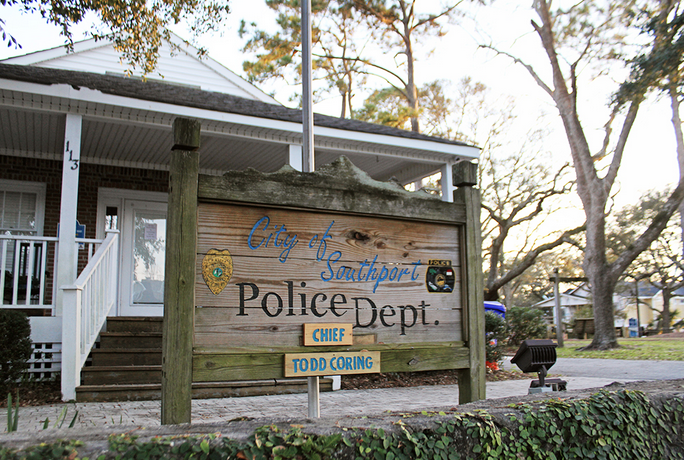 BRUNSWICK COUNTY — Despite evidence mishandling – described by an official as "sloppy" – Brunswick County's District Attorney's Office has not contacted the Brunswick County Defense Bar about cases that may have been impacted by the failings of Southport Police Department's former leadership.

Those failings were detailed in a police audit, released in early December, which cited a cultural climate of mishandling evidence that existed inside Southport Police Department under former Chief Gary Smith.

Among other issues, auditors found blood samples stored in the freezer of an office refrigerator, next to food, and a firearm from a suicide case and a sexual assault kit improperly stored in an officer's office. Evidence was routinely stored in the trunks of officers' cars rather than in evidence lockers, auditors also reported.

Conducted by U.S. ISS Agency, LLC, the audit was performed in response to the arrest of Southport's two top-ranking officers: Police Chief Gary Smith and Lt. Michael Simmons. Following a joint investigation by the State and Federal Bureau of Investigation, both men were arrested and charged with crimes in July 2018 relating to their role in running a second job while on the clock, leaving the department unsupervised for months.

Still, prosecutors are privy to information about the department's former misdealings. It's not clear whether the DA's office is already aware of information found in Southport's internal police audit over the course of its own investigation. Asked about information in the audit, Bullard said questions about it would not be appropriate since her office had not seen it.

The 32-page report describes a department that routinely mismanaged evidence. Findings in the report show mishandled evidence that reaches beyond Smith and Simmons' alleged crimes.

In U.S. ISS Agency's final recommendations, auditors suggested an overhaul of the department's evidence handling system, with training required for remaining officers. Police headquarters have since been relocated to City Hall on Howe Street.

The city's new police chief, former Aldermen Todd Coring, took over in October. As one of his first actions as chief, Coring reset the rank of all remaining officers, effectively demoting three individuals.

On Jan. 25, Wilmington Police Department (WPD) announced the termination of its police chemist, William Peltzer. Peltzer, 32, was fired after an internal affairs investigation found him in violation of multiple departmental policies relating to "paperwork irregularities." Though the department accused Peltzer of no criminal wrongdoing, evidence may have been compromised. Wilmington's Chief of Police, Ralph Evangelous, said the department is working with the District Attorneys office to ensure the integrity of current and future drug testing.

David wrote his office had become aware of Peltzer's "untruthfulness" in his role as police chemist. For over three years, Peltzer's duties included testing substances to determine if they were narcotics. He failed to calibrate equipment used for this purpose, according to David, and lied about checking it when asked.

When asked about whether the Brunswick County District Attorney's Office had similarly informed criminal defense attorneys about Southport Police Department's mismanagement, a spokesperson said no.

Released on Dec. 14, 2018, the audit was not sent to the District Attorney's Office. It was intended as an internal, administrative report for Southport, Bullard said.

Accusations about police misconduct were made public at the time of Simmons' and Smiths' July 2018 arrest. At the press conference, held at the same time as Simmons' arrest, District Attorney Jon David said he had been aware of issues at the department since April 2018.

David described Smith and Simmons' persistent and repeated absence on the job as a morale problem. But that morale problem extended into the department, David acknowledged, and into cases within the criminal justice system as well.

"I've already put in place a process to systematically review the pending cases that we have from the city of Southport to ensure that all of those cases rest on firm footing," he said at the press conference. "To the extent that any of them need additional investigation because they weren't appropriately handled, I know the sheriff's office will be assisting us in completing those tasks."

Though David's office was sensitive to the potential for cases to be re-examined, he said he did not believe it was the case at the time. Since the day of the arrests, David's office has not announced any further information regarding cases potentially impacted.

Former chief Smith was the third police chief David oversaw the arrest of during his time as District Attorney.

'Not much violent crime'

"There actually were not a lot of felony cases that were charged by Southport that we even had pending," Bullard said. "Most of them were sort of, road patrol-like, run of the mill-like, kind of misdemeanor district court cases."

Bruce Oakley, Southport's manager, said the city did not send the audit to the District Attorney's Office because it had nothing to do with Smith and Simmons' alleged crimes.

"There was maybe some sloppy evidence handling," Oakley said. "But I don't think there was anything that would have affected any cases. Fortunately, we don't have much violent crime."

At press time, Bullard had not responded to a follow-up inquiry, regarding whether or not any cases are under review.

BRUNSWICK COUNTY — Despite evidence mishandling – described by an official as “sloppy” – Brunswick County’s District Attorney’s Office has not contacted…
https://portcitydaily.com/local-news/2019/02/08/district-attorney-never-received-audit-outlining-mismanaged-evidence-at-southport-police-department/
Tweet
How do you feel about this post?
Happy (0)
Love (0)
Surprised (0)
Sad (0)
Angry (0)
Detectives Solve Decades-Old Cold Case Using Publi...
In Serial Rape Case That Stumped Police, Genealogy...
Comment for this post has been locked by admin.