For more than 10 years, his identity eluded investigators 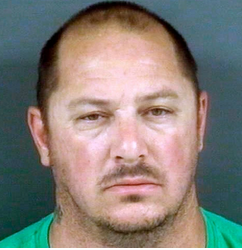 About a decade ago, Fayetteville, N.C., was terrorized by a series of rapes committed on and around a major thoroughfare on the northern side of the city.

From March 2006 until January 2008, the police said, a man they called the Ramsey Street Rapist assaulted victims in and around housing complexes, like the Village at Carver Falls, and the apartments on Bubble Creek Court.

For more than 10 years, his identity eluded investigators. But this year, they tried a new tack: mining DNA data collected through genealogy websites — the same method that California officials used to find the man believed to be the Golden State Killer in April.

"There was a great deal of fear gripping our community" while the rapes were occurring, City Manager Doug Hewett of Fayetteville said at a news conference on Wednesday at which he thanked the police.

The arrest of the Golden State Killer, who had burglarized, raped and murdered people across California over decades, shined a spotlight on the idea of using genealogy to solve crimes. It is increasingly possible because of the popularity of genetic testing services like 23andMe or AncestryDNA, which use small DNA samples, like saliva, to help people find long-lost relatives or research their ethnic backgrounds.

That arrest also raised concerns about the ethics of using genetic information that people might upload without being aware that it could later help law enforcement officials track down their relatives.

Lt. John Somerindyke of the Fayetteville Police Department said at the news conference on Wednesday that officers investigating the Ramsey Street Rapist were helped by Parabon, a Virginia-based company that in May announced it would begin offering forensic genealogy services to law enforcement agencies using an independent database called GEDmatch.

GEDmatch data helped identify the suspect in the Golden State Killer case, and it has already been used by Parabon to help investigators with several cold cases across the country.

She added that in the Fayetteville case, an unknown subject's DNA was uploaded to GEDmatch and then "compared to the DNA of about one million other participants who voluntarily uploaded their DNA to this site. Based on those comparisons, Parabon receives a list of matches, people who share segments of identical DNA" with the subject.

Parabon then worked with those matches — which can include distant relatives — to construct a family tree that helped officials narrow down their search.

"We sent them our DNA from the Ramsey Street Rapist, they did their magic with it, they looked at open-source records, public family trees available online, and they were able to triangulate and figure out a strong person of interest for us," Lieutenant Somerindyke told reporters.

The police did not say how they acquired a sample of Mr. Bowden's DNA. In past cases, officials have narrowed their search with help from Parabon and then found used or recently discarded items to get a fresh DNA sample of a suspect. In one such case, a suspect's DNA was collected from a piece of his chewing gum and a water bottle. In another, a man was arrested after investigators picked up a napkin he had used.

Neither the police nor the public defender's office responded immediately to questions on Wednesday night about whether Mr. Bowden has any legal representation.

A spotlight on the people reshaping our politics. A conversation with voters across the country. And a guiding hand through the endless news cycle, telling you what you really need to know.

Lieutenant Somerindyke said Mr. Bowden appeared to be "just a local guy" who was born, raised and was still residing in the area where the crimes were committed. According to the Police Department, he is being held at the Cumberland County Detention Center with bond set at $18,800,000.

"This individual has been in our community, walking around our streets for the last 10 years, probably smirking because he got away with this," said Billy West, the district attorney for Cumberland County, where Fayetteville is the county seat. "Well, he didn't."

Tweet
How do you feel about this post?
Happy (0)
Love (0)
Surprised (0)
Sad (0)
Angry (0)
Tags:
genealogy dna
District Attorney never received audit outlining m...
Investigators use genetic genealogy to solve 1983 ...
Comment for this post has been locked by admin.