Officers quickly realized the inmates had gotten into one of the officer's lockers, taken a half-gallon of whiskey and drank it. 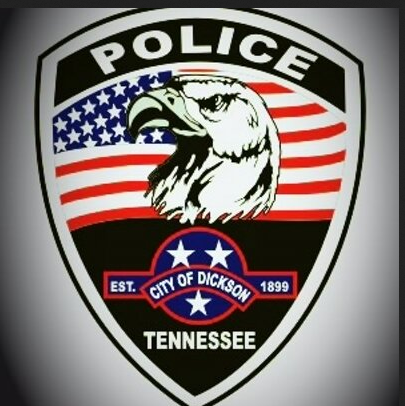 DICKSON, TN (WSMV) - Police are investigating after several Dickson County inmates were found drunk in their cells and one had to be taken to the hospital.

Tuesday was court day for inmates in Dickson. Officers say it's usually rowdy, but the commotion in one cell reached a fever pitch."One of the officers heard them making noise, jumping around in the middle of the cell," Dickson Police Chief Rick Chandler said.When officers went to check, they found an inmate on the floor, vomiting.Officers quickly realized the inmates had gotten into one of the officer's lockers, taken a half-gallon of whiskey and drank it.

"When you have prisoners get hold of possible contraband, there's a lot of issues there. It could've been far more serious than it was," Chandler said.Chandler said on court days, inmates are constantly asking to go to the restroom. Surveillance video shows one officer escorting four inmates.The police chief said there should be one officer per inmate."I don't know if there was multiple people, if the officer was distracted.

This bus is a hectic place during court time," Chandler said.Hours later, an inmate was sick from drinking and had to be carted off to the hospital with a towel on his face. Police believe he chugged most of the whiskey at once."When they began getting them out of the cell and started checking them, they started smelling alcoholic beverage on three of them," Chandler said.

"One of them told what they had done. They found the whiskey bottle. They found the syringes. The syringes didn't have the needles, it was just the syringes. And they found a small knife that was there, too. We're investigating all of this."To get to the restrooms, inmates must pass the officers' personal lockers at an angle surveillance cameras don't show.

One of those officers was on administrative leave. His locker had recently been searched for an investigation but was not cleared out."If I had to wager, somebody looked in this one and they did this and they saw that," said Chandler, opening another locker. "And the next time through, they saw something in there."Dickson detectives are now investigating to see if the stolen items were evidence in other cases, as well as looking to change possible broken policies.

They will face possible burglary and theft charges for the security breach.Copyright 2016 WSMV (Meredith Corporation). All rights reserved.