What led to the charges against Dodd was the discovery of evidence in a storage unit that belonged to him. 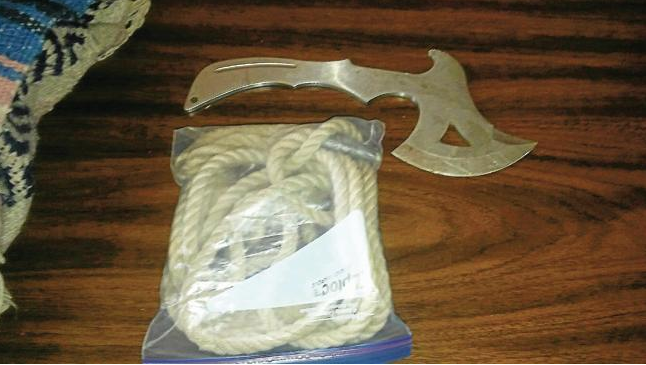 Additional charges against a former Fremont County Sheriff's Office detective are expected to be filed within the next month by the District Attorney's Office.

Robert Dodd, who now is retired from the FCSO, faces two counts of second-degree official misconduct and abuse of public records. Original charges were filed May 4 by DA Molly Chilson.

According to the original complaint, between Dec. 25, 2016, and Dec. 30, 2016, Dodd knowingly altered a public record even though he had not been authorized as a custodian of the record. The details of what Dodd altered were not disclosed.

The complaint also states that between and including Aug. 15, 2006, and Dec. 20, 2016, "Dodd, a public servant, unlawfully, knowingly, arbitrarily and capriciously refrained from performing a duty imposed upon him by law."

What led to the charges against Dodd was the discovery of evidence in a storage unit that belonged to him. The evidence surrounded the 2006 murder of 17-year-old Candace Hiltz.

Hiltz was found dead Aug. 15, 2006, in a family home in the Copper Gulch area. According to Hiltz's autopsy — which was obtained by a Colorado Open Records Act request — Hiltz was shot six times in the head and once in the chest.

During the hearing, Chilson announced she was conducting interviews during the next few weeks, and that she expects to have an amended complaint with additional charges filed.

Regarding the hearing itself, Chilson filed a response to the motion for the bill of particulars, in which Chilson further details what the DA's office is alleging Dodd did in regards to the charges he faces.

According to the response, for one count of abuse of public records, Chilson is alleging Dodd altered a public record between Dec. 25, 2016, and Dec. 30, 2016.

"The defendant altered and manipulated the investigative file to make it appear that evidence he had personally appropriated and never documented was in fact documented," the response states.

These items include a bloody rope, blanket, a shirt, an ax and boxes of paperwork. Chilson also stated in court on Friday that an oxygen tank is missing, but it is included as a piece of evidence from Dodd's report in 2006.

Dolores Hiltz, Candace Hiltz's mother, repeatedly has said throughout this year that all of the items discovered were evidence collected after her daughter's death. She said the shirt found was a shirt identified in 2006 as belonging to Candace.

On Friday, Dolores Hiltz and other family members agreed that the missing oxygen tank Chilson referred to most likely was for Candace Hiltz's daughter, Paige.

Chilson also states in her response that as a certified peace officer, Dodd had a duty to follow basic peace officer protocol, such as properly collect, document and preserve evidence.

"The defendant had a duty to preserved evidence, which could reasonably be believed to contain DNA," Chilson's response stated, adding that Dodd failed to do so.

Further, Chilson stated that Dodd accessed the investigative file on more than one occasion to "edit" it. Chilson is alleging Dodd did this between Dec. 25, 2016, and Dec. 30, 2016. The next hearing for this case has been scheduled for 10:20 a.m. Dec. 4. Dodd will again appear by phone.