District attorney: Marijuana laced with fentanyl is in Tennessee

entanyl is a powerful synthetic opioid used in medical settings to treat chronic pain. On the street, it takes just a small amount for someone to overdose within minutes 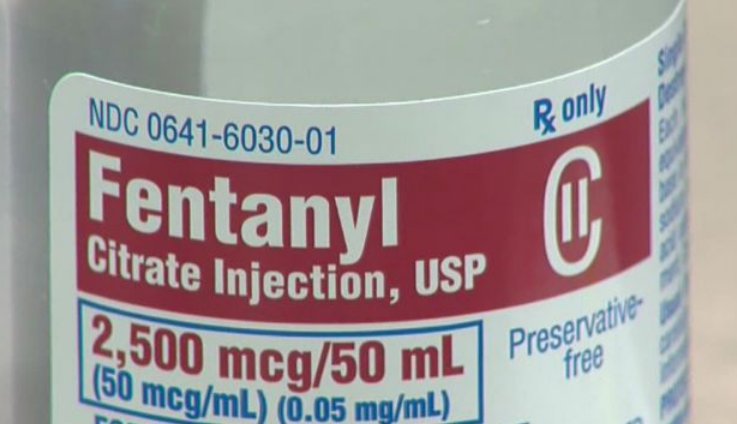 NASHVILLE, Tenn. (WKRN) – A Tennessee District Attorney is offering a warning about a new, deadly mix of drugs – marijuana mixed with fentanyl.

Fentanyl is a powerful synthetic opioid used in medical settings to treat chronic pain. On the street, it takes just a small amount for someone to overdose within minutes.

He continued, "There are some marijuana dealers that will tell their clients that I have no doubt there is fentanyl in it and some of the more addictive folks, especially folks that also use other drugs, will get that marijuana laced with fentanyl in hopes of getting a better high."

The district attorney told News 2 there is no way for someone on the street to know if the marijuana is laced.

"The bottom line is, anyone, anywhere could mix fentanyl and marijuana and there's no way of knowing it until it's too late," Stowe warned.

Since fentanyl is so powerful, Stowe said that marijuana laced with it could kill more than just the user.

"Marijuana laced with fentanyl can be extremely deadly and to anyone who touches it, taste it, smokes it [or] anything else of that nature," he explained. "If it's laced with fentanyl, marijuana can be the deadliest drug there is."

Agents have recovered the deadly mix of drugs from busts throughout Tennessee.

"I wanted to get an alert out right away," Stowe said. "I didn't want the community to have their first notice that we have this problem be someone's child in the morgue."

He continued, "Parents just need to know how deadly this is. Someone with marijuana laced with fentanyl could light up that joint, and not only would they be dead, but everyone who's been around it inhaling the smoke could be dead as well in a matter of minutes."

The dangerous mix of drugs has also caught the attention of the Commissioner of Safety and Homeland Security.

His office confirmed fentanyl laced with marijuana is a concerning trend they're starting to see.

News 2 also reached out to the Tennessee Highway Patrol. So, far, no cases of marijuana mixed with fentanyl have been found.

District attorney: Marijuana laced with fentanyl is in Tennessee | WJHL

WJHL-TV is the source for breaking local news, weather, and sports in the Tri-Cities. We ask the questions when you can't with our investigative and community watchdog reports.
http://wjhl.com/2017/08/18/district-attorney-marijuana-laced-with-fentanyl-is-in-tennessee/
Tweet
How do you feel about this post?
Happy (0)
Love (0)
Surprised (0)
Sad (0)
Angry (0)
Tags:
altered evidence assault  kits Chain of Custody Big Three:
Confiscated Guns Must Be Sold, Not Destroyed, Rule...
West Springfield Police Capt. Daniel Spaulding on ...
Comment for this post has been locked by admin.