DNA testing helped develop a profile of the suspect 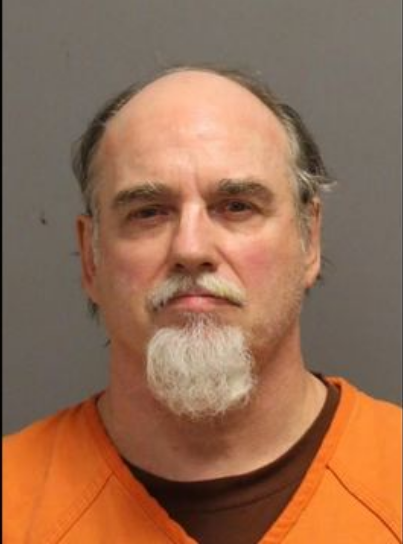 (KMSP) - A St. Louis Park man has been charged with second degree murder after DNA evidence connected him to a 1983 rape and murder case.

Around 10:30 a.m. April 2, 1983, officers were dispatched to the Soo Line Railroad tracks near 28th Avenue North in Minneapolis to investigate a report of a body found near the tracks. When they arrived, officers found a woman's body. She was later identified as 17-year-old Laurie Mesedahl.

We had always hoped and prayed this day would come, but as the years passed, our hope faded away," said Sue Baker, Mesedahl's friend.

According to the criminal complaint, the victim suffered "massive blunt force trauma" to her head. Officers also found fresh tire tracks in the dirt parking lot and markings that indicated her body was dragged to the site.

During the investigation, officers learned Mesedahl attended a party the night of April 1 and returned home early the next morning. Family members said she got home around 2:30 a.m., but left sometime between then and 4:15 a.m. when they discovered she wasn't in her room.

Officers spoke to one of the victim's friends who was staying with her grandparents at 32nd and Bryant Avenue North, not far from where Mesedahl's body was found. The friend said Mesedahl arrived at the home around 3 a.m. and asked to come inside to warm up. The friend's grandmother refused to let the victim inside.

According to the complaint, vaginal and rectal swabs taken from autopsy were sent to the Minnesota Bureau of Criminal Apprehension, and the swabs were confirmed to contain semen.

In 2013, as part of a program to investigate "cold cases," DNA testing helped develop a profile of the suspect. The profile was compared to DNA profiles kept at the BCA and matched Rea's profile. His DNA was also found on her clothing.

Authorities were familiar with Rea, as he was the suspect in multiple open investigations involving sexual assault, physical assault, murder and missing person cases. In several cases, women were picked up on the street and assaulted.

In 1988, a prostitute was assaulted by a man, but managed to escape afterwards. During the struggle, her attacker's blood was left on her clothing. In 1993, that blood sample was tested and discovered to match Rea's profile. The case could not be prosecuted due to statute of limitations.

"If you commit a homicide, it's never over," said Hennepin County Attorney Mike Freeman. "There's no statute of limitations on homicides - and rightfully so."

A St. Louis Park man has been charged with second degree murder after DNA evidence connected him to a 1983 rape and murder case.
http://www.fox9.com/news/dna-leads-to-charges-in-1983-minneapolis-cold-case-rape-murder