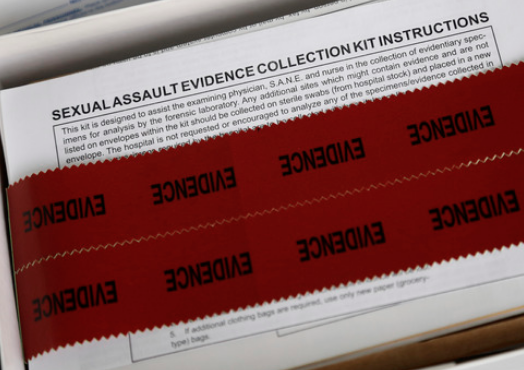 AUSTIN, Texas (KXAN) - AUSTIN (KXAN) -- The Austin Police Department could potentially reopen dozens of rape investigations after getting the results from its backlog of 2,665 untested rape kits. About 35 percent of the rape kits tested brought back positive DNA findings, which could mean as many as 933 cases.

Austin Police outsourced the DNA testing of the untested rape kits to labs in other states to help tackle the backlog. All the testing was completed in April 2018 and now that investigators have the results, they are "reopening and beginning to work cases that correspond with kits that yielded positive results," according to a City of Austin memo released Thursday.

When a rape survivor is assaulted, they are given a forensic exam called a rape kit. Once the kit is tested, if any DNA other than the victim's DNA is found, that means it yielded a positive finding. Investigators then take the DNA and review it for entry into the Combined DNA Index System, or CODIS.

To date, APD has reviewed six of these cases for review, yielding two hits, meaning that person's DNA is in the FBI's database.

Some of these cases date back to the 1990s. The backlog in Austin ballooned to more than 4,000 cases after APD shuttered its DNA crime lab in June 2016. It closed it for good after an audit found serious and longstanding problems with the lab's testing.

The lab reopened in 2017 but is now overseen by the Texas Department of Public Safety, which conducts DNA testing on behalf of the city.

That led to new training for investigators and now a new audit. Earlier this month, the Austin City Council said it wanted an independent investigation to look back at up to seven years of APD rape data.

All of these audits and outsourced testing have already cost the city millions of dollars.

The Austin Police Department&nbsp;could potentially reopen dozens of rape investigations after getting the results from its backlog of 2,665 untested rape kits.
https://www.myhighplains.com/news/dna-results-found-in-900-untested-rape-kits-in-austin-police-backlog/1801323412
Tweet
How do you feel about this post?
Happy (0)
Love (0)
Surprised (0)
Sad (0)
Angry (0)
Tags:
dna testing backlog CODIS
Twin Lakes Police captain under criminal investiga...
James Neal, of Monument, has been accused of killi...
Comment for this post has been locked by admin.