Capt. is suspected of taking prescription medications that were turned in to the police department through a drug take-back program. 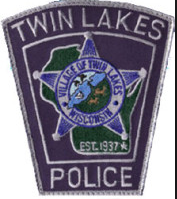 The second-in-command at the Twin Lakes Police Department is under criminal investigation for illegally removing prescription medications from the department.

Capt. Dennis Linn is suspected of taking prescription medications that were turned in to the police department through a drug take-back program.

According to an affidavit filed in Walworth County as part of a request for a search warrant for Linn's Bloomfield home, a detective with the Twin Lakes Police became suspicious of Linn after he asked to help her package prescription drugs that had been turned in to the police department through the program.

The detective was concerned about Linn's actions because he had earlier mentioned that his wife's doctor had refused to continue to fill her prescriptions for painkillers, with Linn saying that his wife was in "a lot of pain."

Linn had also asked the detective to give him leftover prescription painkillers that the detective had not used after a surgery, according to the affidavit. She refused, telling him that would be illegal.

Because of "red flags" raised by Linn's statements and conduct, on Feb. 11 police put a camera in the evidence-processing room where the drugs were kept and boxed for disposal, according to the affidavit.

Footage on the camera showed Linn returning to the room, taking items out of a can and putting things in his pocket, along with "what sounded like pills rattling."

Twin Lakes Chief Adam Grosz issued a statement late Monday that Linn is under investigation, with the Wisconsin Department of Justice-Division of Criminal Investigation leading the investigation.

"I requested the Department of Justice step in," Grosz said.

According to the affidavit, that investigation began on Feb. 12, and the Department of Justice sought the search warrant on Feb. 13.

The chief said he could not comment on the criminal investigation until it was complete.

During the search of Linn's home, investigators confiscated three prescription bottles for oxycodone and hydrocodone painkillers that were issued to three different individuals, none of them for Linn or his wife. There were also THC vape cartridges found in the home during the search.

Linn's wife, Cheryl, had a bond hearing in Walworth County on Feb. 15 and was given a $10,000 signature bond. Although no criminal charges are listed, the bond notes mention possession of narcotics and possession of THC, and, as a condition of her bond, orders that she not use illegal drugs or be in possession of drug paraphernalia.

State records show Cheryl Linn was charged in 2016 with second-degree recklessly endangering safety — a felony — and using a firearm while intoxicated and disorderly conduct.

As part of a plea agreement, the felony charge was dropped, and she pleaded guilty to the two other charges. She was sentenced to two years probation and community service. She is still serving probation.

Linn has been with the department since 2002. He has served as captain of police, which is second-in-command at the department, since 2013.

A spokesman for the Department of Justice said the agency does not comment on ongoing investigations.